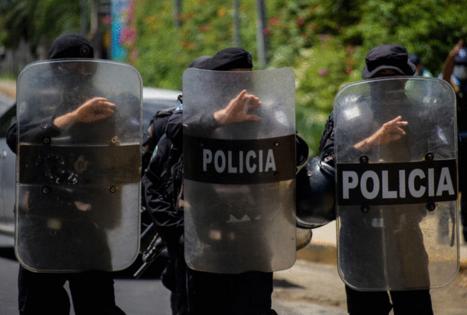 The Biden administration warned Nicaragua on Thursday that it won't wait long before using more diplomatic and economic tools to pressure the government of Daniel Ortega to release political opponents and civil society leaders who have been arbitrarily detained over the past week in the most extreme crackdown the country has seen in recent years.

"Even one day is too long," Julie Chung, the State Department's Acting Assistant Secretary for the Bureau of Western Hemisphere Affairs, said in a call with journalists. "We have been calling for the immediate release of all those imprisoned arbitrarily, and... they're being held without access to medicine or legal representation, and, in some cases, they've been beaten. So every day that goes by is alarming."

On Wednesday the U.S. announced sanctions on four people, including Ortega's daughter, freezing any U.S. assets of those on the list and barring Americans from doing business with them. The U.S. Department of the Treasury's Office of Foreign Assets Control accused them of supporting the government that has "undermined democracy, abused the human rights of civilians, enacted repressive laws with grave economic consequences, and tried to silence the independent news media. "

Ortega has steadily chipped away at the country's democratic institutions since winning elections in 2006, suppressing dissent, harassing journalists and changing the constitution to abolish term limits. His administration has also failed to implement reforms to the country's electoral system that were called for by the Organization of American States and the United Nations Human Rights Council.

Over the past week Ortega took repression to a new level, placing Cristiana Chamorro, the leading opposition candidate in the November presidential elections, under house arrest just hours after she officially announced her run for the presidency. His regime arrested two more presidential hopefuls, Felix Maradiaga, an academic and political activist, and Juan Sebastián Chamorro, an economist, effectively preventing them from campaigning.

Maradiaga posted a video on social media just before police forces took him into custody on Tuesday.

"Brothers and sisters of Nicaragua, if you are watching this video, it's because I've been arrested by the Ortega regime. I want to say that my conscience is clean and my hands are clean, just like those of more than 130 political prisoners that are in the dungeons just because they think differently," he said.

Chung said she spoke yesterday with Berta Valle, Maradiaga's wife, who said police beat her husband "before locking him up incommunicado."

She added that Ortega's swing toward heightened repression this month is a sign he fears democracy.

Camila Ortega, their daughter, has managed the family-run television channel Canal 13 since 2011. The U.S. said it sanctioned her because the channel spreads state propaganda while Ortega himself uses state funds and tax laws to promote family-run stations and squeeze independent and rival news outlets.

Chung said the U.S. won't recognize elections if Ortega doesn't work to create the conditions for a free and fair vote in November.

"We don't see that today. We have called for those reforms that the OAS has laid out, which were supposed to have been done by May and the Nicaraguan government has not been able to do or willing to do," she said.

Less than two weeks ago Secretary of State Antony Blinken told Nicaragua's Foreign Affairs Minister Denis Moncada that the U.S. wants to see free elections and that the Biden administration would abide by the results if they were certified by an independent institution, according to Chung. The officials met during a gathering in Costa Rica of the Central American Integration System, or SICA, earlier this month.