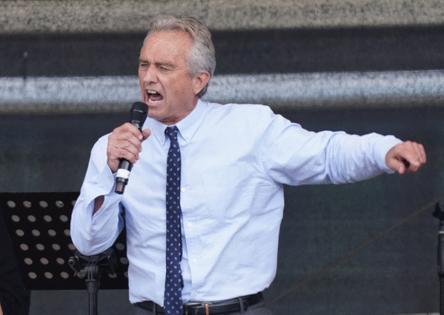 When a filmmaker asked medical historian Naomi Rogers to appear in a documentary, the Yale professor didn’t blink. She had done these “talking head” interviews many times before.

She assumed her comments would end up in a straightforward documentary that addressed some of the most pressing concerns of the pandemic, such as the legacy of racism in medicine and how that plays into current mistrust in some communities of color. The subject of vaccines was also mentioned, but the focus wasn’t clear to Rogers.

The director wanted something more polished than a Zoom call, so a well-outfitted camera crew arrived at Rogers’ home in Connecticut last fall. They showed up wearing masks and gloves. Before the interview, crew members cleaned the room thoroughly. Then they spent about an hour interviewing Rogers. She discussed her research and in particular controversial figures such as Dr. James Marion Sims, who was influential in the field of gynecology but who performed experimental surgery on enslaved Black women during the 1800s without anesthesia.

“We were talking about issues of racism and experimentation, and they seemed to be handled appropriately,” Rogers recalled. At the time, there were few indications that anything was out of the ordinary — except one. During a short break, she asked who else was being interviewed for the film. The producer’s response struck Rogers as curiously vague.

“They said, ‘Well, there’s ‘a guy’ in New York, and we talked to ‘somebody in New Jersey, and California,'” Rogers told NPR. “I thought it’s so odd that they wouldn’t tell me who these people were.”

It wasn’t until March that Rogers would stumble upon the answer.

She received an email from a group called Children’s Health Defense — prominent in the anti-vaccine movement — promoting its new film, “Medical Racism: The New Apartheid.”

When she clicked on the link and began watching the 57-minute film, she was shocked to discover this was the movie she had sat down for back in October.

“I was naive, certainly, in assuming that this was actually a documentary, which I would say it is not. I think that it is an advocacy piece for anti-vaxxers,” Rogers said. “I’m still very angry. I feel that I was used.”

The free online film is the latest effort by Robert F. Kennedy Jr., the founder of Children’s Health Defense. (He’s a son of former U.S. Attorney General Robert “Bobby” Kennedy and nephew of President John F. Kennedy.) With this film, Kennedy and his allies in the anti-vaccine movement resurface and promote disproven claims about the dangers of vaccines, while aiming squarely at a specific demographic: Black Americans.