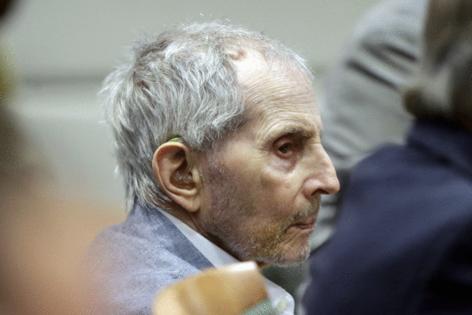 In the ensuing years, Robert Durst, the man long suspected of killing Berman, has stood trial for a separate murder in Texas and been the subject of a sensational HBO documentary that turned the Manhattan real estate scion’s bizarre and allegedly violent life into an international preoccupation.

And when Durst was arrested in 2015 in Berman’s slaying, it took five years to bring him to trial. Then, the proceedings were halted after just a few days because of the COVID-19 pandemic.

Now, it appears the ailing Durst will have his day in court. On Monday, Los Angeles County Superior Court Judge Mark Windham slapped down a last-minute attempt to yet again delay Durst’s trial, clearing the way for a jury to finally hear the case of a murder that prosecutors allege Durst committed in order to cover up another one.

Durst allegedly killed Berman — a close confidante and writer who had previously acted as the real estate heir’s unofficial spokesman — because she was planning to speak to authorities about the 1982 disappearance of Durst’s first wife in New York. His wife, Kathleen, told friends she was afraid of Durst and planned to seek a divorce around the time she vanished.

Prosecutors also say that Berman, a longtime friend of Durst from their days as students at UCLA, played a key role in helping him establish an alibi for the night of his wife’s disappearance. Though authorities on both coasts have long believed Durst killed his wife, no one has ever been charged in the death.

New York authorities had reopened an investigation into Kathleen Durst’s disappearance less than a year before Berman was killed.

Durst has long maintained his innocence. In a 2016 letter to the Los Angeles Times, he said he was “anxious to get to trial to prove I didn’t kill Susan Berman.”

But Durst refused to attend court Monday, prosecutors said, and Windham said he would issue an order to have L.A. County Sheriff’s Department deputies extract the 78-year-old from the medical unit where he is being held.

Durst’s lead attorney, Dick DeGuerin, renewed a last-ditch bid to put off the trial, telling the judge Durst needed immediate hospitalization to be treated for an array of ailments, including bladder cancer.