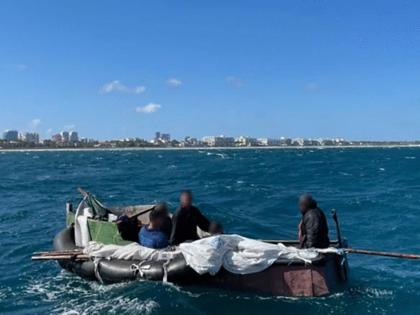 The first group was spotted and stopped by a Coast Guard patrol boat crew and a crew from Customs and Border Protection about 26 miles southeast of Key West last Saturday, the Coast Guard said in a news release.

The second group was found Monday on a vessel about 82 miles southwest of Key West, according to the release.

All 22 people were taken aboard the cutter William Trump and sent back to Cuba, the release states.

Migration attempts by sea are up significantly this year compared to the same time last year.

The federal government keeps track of migration by the fiscal year beginning Oct. 1. In all of fiscal year 2020, the Coast Guard and Customs caught 49 people trying to make the journey from Cuba to South Florida.

Already this fiscal year, that number is up to 228, according to the Coast Guard.