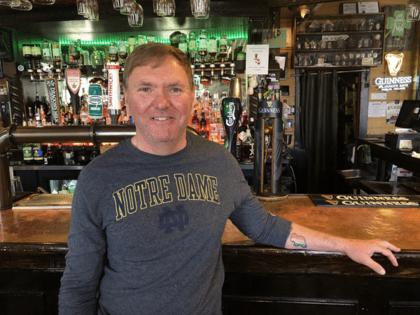 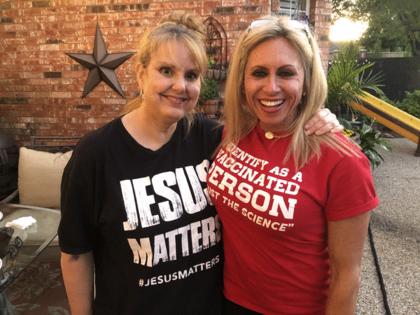 McKINNEY, Texas — Mayor George Fuller is troubled by what he sees and hears in this conservative Dallas suburb.

Battles with liberals are enduring and predictable, but what worries Fuller is the deepening rancor between Republican moderates and right-wing extremists over what America should look, sound and feel like. Inspired by nativist fervor and fed by Donald Trump’s rage, the Republican Party here encompasses anti-vaccination protesters, QAnon conspiracy theorists and those whose mistrust of President Joe Biden only hardens as he reverses his predecessor’s policies.

“It’s just not the party I recognize anymore,” said Fuller, 58, a moderate Republican whose Trump-supporter siblings no longer speak to him. “We are at a place where families are torn apart by political ideologies that are so skewed and out of whack.”

What is evident across this county — where in the 1970s the oilmen-rancher TV drama “Dallas” was filmed — is that extremism has gone mainstream in certain pockets of America. Hard-line sentiments that would have been whispered only years ago are now spoken unabashed. That worries Alonzo Tutson, a Black Democrat, who said right-wing radicals here are everyday people who say “howdy to you at soccer practice. They just blend right in.”

Texas was home to three dozen of the 377 alleged insurrectionists arrested in connection with the Jan. 6 attack on the Capitol, tied with Pennsylvania for the most of any state, according to a study by terror experts at the University of Chicago. Of Texans charged, 20 live in half a dozen rapidly diversifying blue counties around Houston and Dallas, including several in McKinney’s Collin County.

The study found that Texas’ rioters were older, more professional and had fewer ties to radical groups than past right-wing extremists. All came from counties that had lost white populations in recent years. Collin County’s white population has declined at a rate of 4.3% since 2015. The study’s authors cited increased fear among conservative whites that they would be overtaken by minorities in a “Great Replacement.”

“Now that Biden’s in office, a lot of people look to Texas as the counterpoint,” Paul Chabot, 47, a former San Bernardino, California, reserve sheriff’s deputy, said last week at McKinney Coffee Company. He described the area as “Living how America used to be.”

Chabot said Collin County resembles Orange County 20 years ago, before cities diversified and demographics shifted. The same Newport Beach-based architects who designed Woodbridge in Irvine in 1975 designed Stonebridge Ranch in McKinney in 1988, where Chabot’s relocation company helps resettle Californians, many of them conservatives.

The county’s historic homes and expansive developments hum with a conservative extremism propelled by fear, disillusionment and social media that trade less on facts than on evoking tribalism.

When Black Lives Matter protests took place last summer in Dallas about 40 miles south, McKinney remained calm. But a City Council meeting turned raucous when some of the city’s roughly 200,000 residents successfully opposed the idea of removing a Confederate statue from the town square. They also blocked a proposal to move or better explain a statue of the city and county’s namesake, Collin McKinney, a slaveholder with Black descendants.