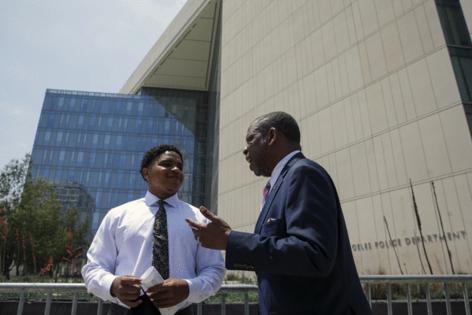 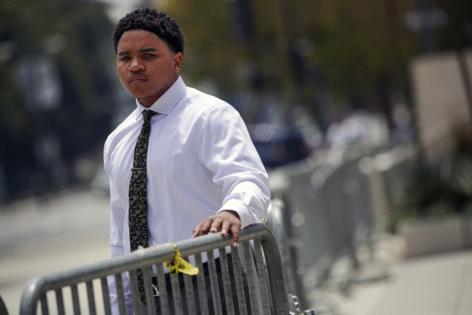 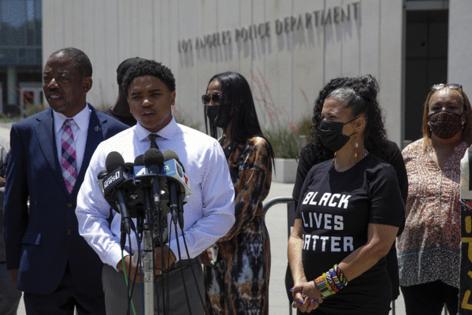 LOS ANGELES — Asim Jamal Shakir Jr. could barely hear the chants over the din of sirens and helicopters from his downtown Los Angeles apartment one evening last May, as Black Lives Matter protesters marched through the streets following George Floyd’s death.

Putting away his video games, the 23-year-old went outside to find a line of Los Angeles police officers armed with projectile guns, pressing their way against a swarm of people. Within minutes, he said, police outnumbered protesters.

Shakir focused on the officers who looked like him, approaching every Black officer he saw and urging them to take off their uniforms and join his cause.

“The fact that George Floyd’s life was just taken, and all of these African American officers were standing next to their counterparts and inflicting more harm on the things we were protesting for was just very disturbing,” Shakir said in an interview Tuesday.

As he made his way down the line, he noticed a familiar face behind the police helmet and visor. Then he saw the name: Anderson.

“Eric!” he exclaimed, recognizing his uncle.

In a video recording of his Instagram live stream from the night, Shakir can be heard trying to engage his uncle, repeating his name and yelling questions as the line of officers steadily continued to walk toward him.

“Our ancestors are turning over in their grave right now, Eric!” Shakir shouted, his voice growing hoarse. “Look at me in my eyes, Eric! ... You know how your daddy feeling right now? That could have been you!”

Then a shot can be heard, and the phone falls. Reception falters. Restarting seconds later, the video shows a bloody hand as Shakir walked, then ran away from the scene.

In a lawsuit against the LAPD and Anderson filed Monday, Shakir alleged his uncle directed other officers to fire a hard-foam projectile at him. When Shakir bent over to pick up his fallen phone, he said a second projectile hit him in the buttocks.