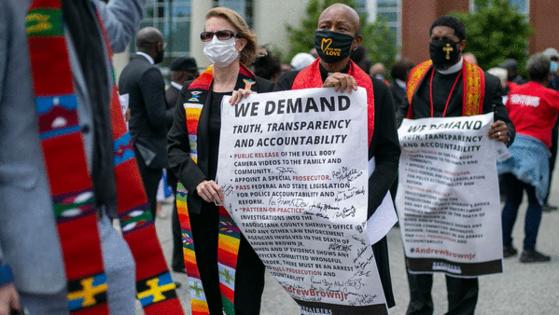 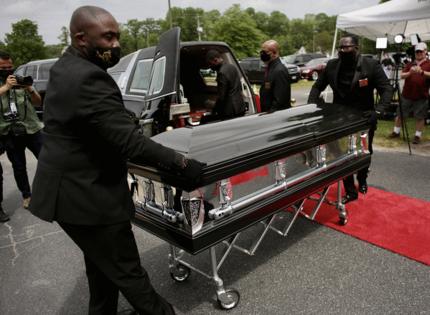 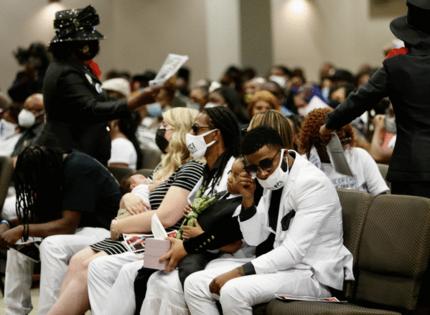 ELIZABETH CITY, N.C. — It takes about 15 minutes to walk the span of Andrew Brown Jr.’s life: from the Debry public housing where he grew up to the corner where he died with a deputy sheriff’s bullet in the back of his head.

Elizabeth City is small enough that many recall Brown’s grandfather Miles, a shade-tree mechanic on weekends. They remember playing football after church on Sunday at the house on Peartree Road where Lydia Brown, his grandmother, still lives at 92.

So last week, when hundreds marched through those streets protesting Brown’s death, chanting “Say his name,” most anybody in earshot already knew it.

“I was born there,” said Elton Ferebee, his cousin. “All of us was born there. Just waking up, going outside, flipping on mattresses, playing basketball. Just don’t let your mama catch you outside with your school clothes on.”

At 42, Brown was added to the list of unarmed Black people killed by police, his name now shouted in marches in Raleigh and Durham alongside George Floyd’s.

Brown, known as Drew to his family and friends, had endured hardships familiar to many who came out of Debry. What made him stand out above his flaws and setbacks, those loved ones recall, was the strength and positivity he brought to a troubled life.

“He got a lot of bad cards,” Ferebee said. “But if you met him, you wouldn’t know it. He was funny. And humble. He really was the coolest cousin. If I saw him angry, he was supposed to be angry.”

When Black men die in police shootings, their lives get described in two contrasting stories — one told by family and the other by law enforcement.