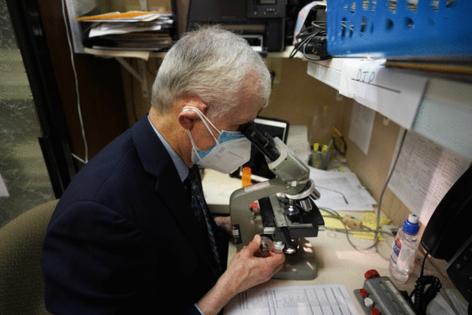 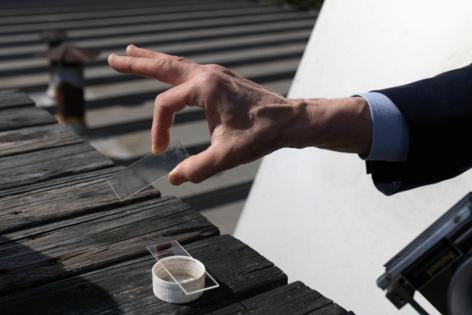 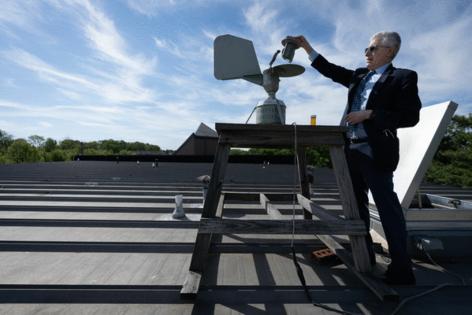 PHILADELPHIA – He found masses of pollen as thick as “oatmeal,” and once discovered that grains from palm trees had ridden the winds for hundreds of miles to reach his front porch.

For 17 years, Timothy Craig intercepted the airborne gametes of trees, grasses, and weeds with a whirling trap, assiduously examined the captives with a microscope, and posted his inferred daily pollen counts for the benefit of science and the allergy-tormented.

Not many people are going through that much trouble these days. “It’s very labor-intensive and time-intensive,” said Craig, a professor of medicine and pediatrics in allergy and immunology at Penn State Health Milton S. Hershey Medical Center.

More than 50 million Americans suffer from various pollen allergies, according to the American College of Allergy, Asthma, and Immunology — and, perhaps surprisingly, the numbers might be highest and the symptoms the worst in urban areas such as Philadelphia.

But who’s counting? The National Allergy Bureau lists fewer than 90 certified reporting stations nationwide, only one in the Philadelphia region.

“Pollen observations are sparse, sporadic, not standardized, often hard to come by,” said Fiona Lo, a scientist with the University of Washington.

Many governments mandate tracking chemical pollutants that in some cases might take years to affect people, notes German toxicologist Joeren Buters, but not for pollen that can immediately set off sneezing, coughing, and respiratory discomfort as bodies fight off the microscopic attackers.

Along with leaving sufferers in the dark, pollen experts say, the data voids are impediments to forecasting — and to research at a time when concerns are growing about pollen volumes in a warming climate.

In stations per capita, the United States ranks well behind Japan, the world leader, as well as Italy, France, Spain, and Germany, according to an analysis led by Buters, deputy director of the Center of Allergy and Environment, in Munich.

“Among the pollen researchers, it’s well-known that the U.S. pollen data is insufficient,” said Lo.

“It’s actually pretty enjoyable,” Craig said of pollen-counting. He had a trap, with two silicone-coated spinning arms, about 15 feet above ground on the front porch of his house in the Hershey area. When a hurricane blew through, “I actually saw pollen grains from palm trees.”

But the trap required daily attention.

Teaching and clinical duties moved him to stop counting five years ago.

Donald Dvorin, the Philadelphia region’s only certified counter, can relate. He spends a good hour a day retrieving samples and analyzing slides.

“Very, very few allergists want to get into this because of the time factor,” said Dvorin, an allergist with the Allergy and Asthma Doctors practice in Mount Laurel. And it’s not as though it’s lucrative.

Lo points out that traditionally the counts have been provided by the likes of volunteers such as Craig and Dvorin. Understandably, she said, “their main focus is the patients.”

While not predictive, reliable daily counts affirm what sufferers are experiencing and give them some idea of what they’re in for.

They are particularly important in urban areas, where residents tend to be more sensitive than their rural counterparts, said Craig.

That might be related to the “hygiene hypothesis,” which holds that those who live well outside densely developed areas have better pollen immune systems since they interact more with nature.

Research also suggests that pollution can make pollen more dangerous by breaking down cell walls and allowing the grains to penetrate more deeply into respiratory systems. And pollen levels could be increasing as cities add more green and trees to make urban environments more benign.

Philadelphians do have local options. Center City’s Asthma Center, which uses an automated system, posts counts between 6 and 7 a.m. Dvorin issues his counts, a 24-hour sample of what has landed in his Mount Laurel trap, on weekday afternoons.

The nearest certified counting station outside the region would be Springfield, N.J., which is just outside Newark. To the south and west, stations are better than 100 miles away from Philly.

Research is wanting on the ideal spacing between observation points, said Yolanda Clewlow, who runs the United Kingdom’s national pollen forecast service, but a “good correlation” in one study came up with an estimate of 24 miles. She said having more stations would have added value for verifying forecasts, a key to making them better.

The forecasts publicly available appear to be a mix of pollen climatology and predicted weather conditions, said Dvorin.

Not all the variables that drive pollen flight are understood. A sudden shower can ground flights in a hurry; an unexpectedly dry day can ambush a forecast.

On Friday, both were forecasting “high” ragweed counts. “That’s way, way off,” said Dvorin: Ragweed pollen won’t be showing up in traps for three months.

“Many apps, but no data,” says Buters.

Lo said that interest has been building in the allergy community to improve the observation network but that resources have been lacking. She said she has been looking at ways to use satellite data.

And automated counters, such as the one used by the Asthma Center, which the National Allergy Bureau has not yet approved, are gaining popularity, said Clewlow.

A consortium of 31 European nations is looking at ways to set standards and establish an automated network.

On this side of the pond, the short-term outlook for pollen forecasts isn’t sanguine, says Lo. “But considering that most of the pollen forecasts in this country are not very good, I think we can greatly improve on the current state of forecasting.”