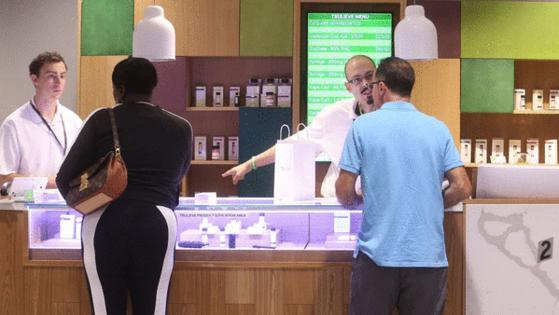 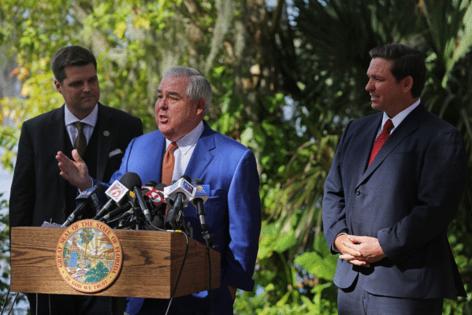 ORLANDO, Fla. — Less than 24 hours before the Florida Legislature passed the state’s first medical marijuana law in May 2014, Matt Gaetz and other members of the state House of Representatives rewrote the bill to limit who would be able to get in on the ground floor of what has since become a billion-dollar business.

A number of Gaetz’s friends and allies managed to squeeze through that narrow door. Among them:

— The brother of Gaetz’s friend and fellow state Rep. Halsey Beshears, who co-founded one of Florida’s first licensed marijuana companies and amassed a fortune currently valued at about $600 million — and became a major Republican Party donor.

— A Panhandle developer and client of Gaetz’s law firm who invested in another of the state’s first marijuana licensees and who, according to financial and court records, roughly tripled his money in two years.

— Ballard Partners, a prominent Tallahassee lobbying firm, which until recently employed former state Rep. Chris Dorworth, whom Gaetz once described as his legislative “mentor.” The firm was given investment interests in at least three companies that eventually won marijuana licenses, and is now earning $160,000 a year in lobbying fees from a fourth.

— Another of Gaetz’s friends, Orlando hand doctor Jason Pirozzolo, who helped craft that 2014 legislation and then started several marijuana businesses, including a consulting firm that worked with companies applying for marijuana licenses and a professional association that sells sponsorships to marijuana vendors.

Gaetz also worked with some of these same friends in other arenas. In 2019, for instance, Gaetz, Beshears, Dorworth and Pirozzolo were all involved in efforts to replace key leaders at the agency that runs Orlando International Airport, an obscure-but-important entity that spends hundreds of millions of dollars a year on contractors and vendors.

All four have also recently been rocked by a federal investigation that emerged from a probe into disgraced former Seminole County Tax Collector Joel Greenberg.

Gaetz, who is now a member of Congress, is under investigation for potential sex trafficking violations linked to a September 2018 trip to the Bahamas with several young women and with Beshears and Pirozzolo, according to reports by CBS News and Politico.

Investigators have also learned of a conversation between Dorworth and Gaetz about recruiting a third-party candidate to help their friend Jason Brodeur win a state Senate election last fall, according to The New York Times. A similar alleged scheme in a South Florida race has led to charges against a former state lawmaker.