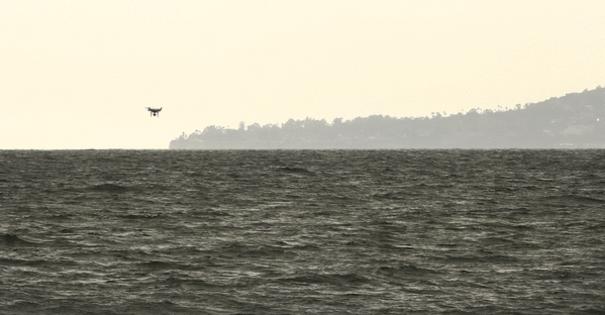 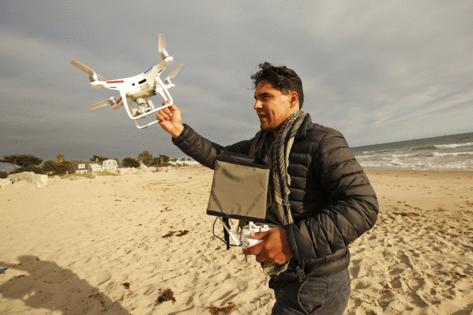 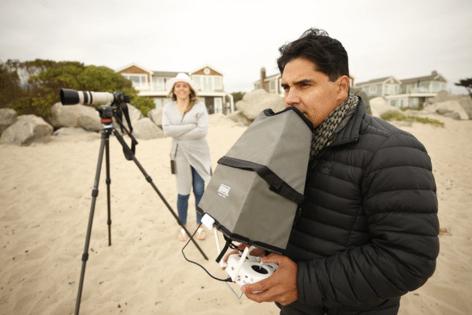 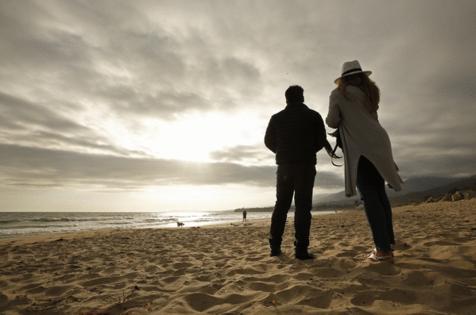 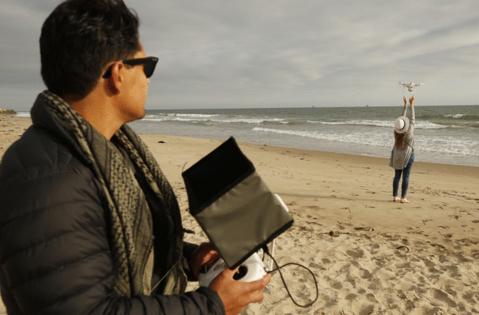 LOS ANGELES — Carlos Gauna surveys the wind-blown waves off a popular Santa Barbara County beach. It is a cold, gray afternoon and only a few people are in the water: a father teaching his son to surf, a lone man wading in the whitewash.

Gauna launches his video drone, hoping to spy what might be moving stealthily among them — great white sharks.

In decades past, this might have seemed a quixotic venture. Great whites were thought to be somewhat rare in these southern waters, wandering now and then from the wilder coast up north. Most surfers considered it supremely improbable that one of these apex predators was hunting for food at their break.

The advent of drone photography has devoured that notion.

Gauna spots a great white within a minute-and-a-half of launch. The animal weaves languidly in the surf line, about 100 yards from the father and son. "Wow, he's in the waves," he says. "That is so pretty."

Soon he has locked his screen on four juvenile more sharks, all near shore.

Gauna is not surprised. Unlike Police Chief Martin Brody in "Jaws," he does not run screaming up the beach at everyone to get out of the water. The young sharks' presence is normal. For much of the year, they are here, and not just at this beach, but along the entire coast from San Diego to Point Conception.

"These types of encounters have always been happening," he said. "Which shows you really just how low the number of attacks are."

Gauna, through his YouTube channel, TheMalibuArtist, is part of a cadre of researchers and photographers using drones to study great white shark behavior and present them in a more realistic light than the hyped-up reality shows and horror movies.

SEATTLE — Carlos Rios says he kept telling the people who handcuffed him, put him in a van and took him to the Northwest detention center that he was a U.S. citizen. In fact, Rios told them, he had his passport in a bag ...Read More

SACRAMENTO, Calif. — California has finalized plans for its full economic reopening next week, beginning the process of unwinding more than a year of pandemic-related restrictions and emergency actions while continuing ...Read More

ATLANTA — A Delta Air Lines flight bound for Atlanta had to make an emergency landing Friday evening when an unruly passenger attacked two flight attendants and threatened to bring down the plane, authorities said.

Blue Origin raised $28 million by auctioning a seat to accompany founder Jeff Bezos on a July 20 rocket ride — the first time the company will carry people to space.

The identity of the winner won’t be revealed for a ...Read More