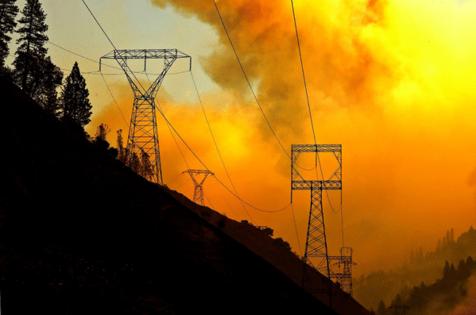 SACRAMENTO, Calif. — California’s latest population estimates show that Paradise — the Northern California town ravaged by the Camp Fire in 2018 — has seen the fastest population growth in the state in the last year.

Fueled by housing construction, the population of Paradise rose from 4,608 people as of Jan. 1, 2020, up to 6,046 a year later, according to estimates released by the California Department of Finance on Friday.

The town’s 31.2% leap in population outpaces the rest of the state, much of which reflected a decrease in population amid low birth rates and slower immigration. California’s population on the whole dropped by 182,083 people in 2020 for the first time in recorded state history.

But Paradise has been rebuilding since much of the town was destroyed in November 2018 after the deadly Camp Fire tore through town. More than 10,000 buildings were burned in the fire, and 85 people died. The Camp Fire caused a huge decrease in the town’s population in the year that followed, dropping from just under 27,000 as of the 2010 census down to 2,034 residents in 2019 — a 92.4% decrease.

The Chico Enterprise-Record reported in December that, despite rising construction costs across California and the nation, Paradise has been receiving a high volume of building permit applications by residents seeking to rebuild their lost homes.

Before the fire, the town issued about 25 permits a year, the newspaper reported. But since then, more than 1,200 building permits have been issued and more than 1,400 have been received. As of December, over 530 homes were rebuilt and 70 multi-family units were rebuilt, according to the Enterprise-Record.

LOS ANGELES — Former Orange County Rep. Dana Rohrabacher, who lost his congressional seat in 2018 after 30 years, has acknowledged that he participated in the march to the Capitol on Jan. 6 but insists he did not storm ...Read More

SAN FRANCISCO — San Francisco's iconic cable cars will traverse the city's steep hills once again in August as San Francisco reopens after more than a year of pandemic restrictions to curb the spread of COVID-19.

PHILADELPHIA — Philadelphia Mayor Jim Kenney on Tuesday promised his administration will continue modernizing and reforming the Police Department, saying that even while the city faces its highest murder rate in ...Read More

ALBANY, N.Y. — New York reached a major pandemic milestone Tuesday as Gov. Andrew Cuomo announced that 70% of adults in the state have received at least one dose of COVID-19 vaccine.