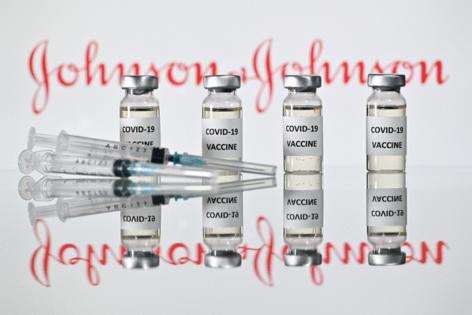 Watching the COVID-19 death toll climb, the company decided its new production lines and equipment could be converted to making vaccines for poorer countries without the means to do so.

John Fulton, a consultant for the Canadian company, emailed Janssen, the Johnson & Johnson subsidiary that makes the vaccine, which employs a live, though disabled, virus. Biolyse sought a license so it could produce 20 million of J&J’s shots.

When J&J’s rejection form letter finally arrived, it misspelled his name: “Dear Mr. Folton, Thank you for your interest …”

Smaller companies like Biolyse may command more attention from the big corporate vaccine manufacturers after the Biden administration announced support Wednesday for a proposal to waive patent protections for COVID-19 vaccines and therapies.

As coronavirus deaths ravage Brazil and India and other countries across the globe, pressure to force J&J, AstraZeneca, Novavax, Pfizer and Moderna to waive their intellectual property protections and share their technology reached a crescendo this week.

Yet while Biden’s support of the waiver might be good optics, experts said, it won’t be enough.

Moderna, which did not respond to requests for comment, announced in October that it would not enforce its COVID-19-related patents during the pandemic. Even so, no known independent producer has used the available patents to replicate the company’s mRNA vaccine. Experts say that’s telling.

“You can’t manufacture its vaccine unless you have access to trade secrets as well as the patents,” said Brook Baker, a law professor at Northeastern University who participated in early conversations on the creation of the World Health Organization’s COVID-19 Technology Access Pool, or C-TAP. To date, no vaccine technology has been added to the pool.

The patents alone wouldn’t be enough. A manufacturer would also need access to internal processes: the technology and know-how that bring a vaccine to life. They’d need skilled scientists and technicians from the original company to train their staff for months. On top of that, every manufacturer in the world would be on the hunt for the limited supplies of single-use bioreactor bags, vials and adjuvants.