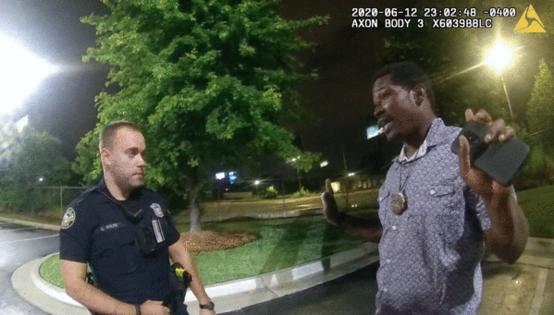 ATLANTA —Former Atlanta Police Department Officer Garrett Rolfe, charged with murder in the fatal shooting of Rayshard Brooks, has been reinstated by the city's Civil Service Board.

"Due to the City's failure to comply with several provisions of the Code and the information received during witnesses' testimony, the Board concludes the Appellant was not afforded his right to due process," the board concluded. "Therefore, the Board grants the Appeal of Garrett Rolfe and revokes his dismissal as an employee of the APD."

The ruling doesn't mean Rolfe will be back on the streets. In fact, he won't actually be allowed to return to work, as his bond prevents him from possessing a firearm or being around other officers, said attorney Lance LoRusso, who represented the 28-year-old officer in front of the civil service board.

In a statement, APD confirmed Rolfe will be placed on administrative leave.

"The Civil Service Board (CSB) has reversed the termination of officer Garrett Rolfe only on the basis that they were not done in accordance with the Atlanta City Code," read the statement. "It is important to note that the CSB did not make a determination as to whether officer Rolfe violated Atlanta Police Department policies. In light of the CSB's rulings, APD will conduct an assessment to determine if additional investigative actions are needed."

Rolfe was fired last June one day after he shot Brooks in a Wendy's parking lot. A scuffle followed after Brooks struck the other officer on the scene, Devin Brosnan, hard enough to cause a concussion, grabbed his Taser and aimed it at Rolfe, who then fired.

Brooks' death led to widespread unrest in the city; the Wendy's was torched and later razed. Activists opposed to Rolfe's reinstatement have planned a protest for Wednesday evening outside Atlanta City Hall.

Lo Russo said Rolfe is concerned his return to the force will lead to more division.

"He loves this city," LoRusso said.

Rolfe, said his attorney, has received several death threats and has essentially been in hiding since last summer.