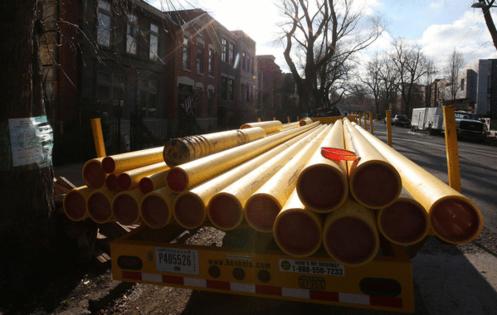 CHICAGO — Pollution from natural gas is now responsible for more deaths and greater health costs than coal in Illinois, according to a new study highlighting another hazard of burning fossil fuels that are scrambling the planet’s climate.

Researchers at Harvard University found that a shift away from coal during the past decade saved thousands of lives and dramatically reduced health impacts from breathing particulate matter, commonly known as soot. But the numbers declined only slightly for gas, another fossil fuel that by 2017 accounted for the greatest health risks.

About half the deaths from soot exposure that year can be attributed to the state’s reliance on gas to heat homes and businesses, the study found. Coal is more deadly only when used to generate electricity.

The alarming findings raise questions about whether Gov. J.B. Pritzker’s proposed transition to a zero-carbon economy would move fast enough in phasing out the use of gas — not only to blunt the impacts of climate change but also to ensure Illinoisans breathe clean air.

Chicago appears to be locked into a gas-dependent future. Peoples Gas is charging its customers $7.7 billion during the next two decades to replace aging distribution lines throughout the city, even though an accelerating shift to renewable energy could make the project obsolete before it’s completed.

“What the Harvard researchers found shows we need to stop burning things,” said Brady Anne Seals, manager of the carbon-free buildings program at the Rocky Mountain Institute, a nonprofit research group that helped finance the pollution study. “We don’t have the luxury of time any more to meet our climate goals. Then there are these health impacts people are feeling right now.”

Soot is considered one of the most harmful forms of air pollution, in particular tiny particles invisible to the human eye that can lodge deep in the lungs and penetrate the bloodstream. Breathing even small amounts can inflame the lungs and trigger asthma attacks, researchers have found. Multiple studies link soot exposure with heart attacks and premature death.

For their new study, the Harvard researchers plugged data from federal emissions inventories into computer models used to estimate deaths and costs from soot in every state.

In 2008, emissions from coal triggered the most deaths and imposed the largest share of health care costs nationwide. But by 2017, the scientists found, coal, gas and the burning of wood and other plant material shared the burden equally.

Illinois is one of 19 states where gas emissions led to more deaths than coal that year, according to the study, published Wednesday in the journal Environmental Research Letters. The analysis estimated that soot pollution from burning gas caused as many as 2,100 deaths and triggered up to $24 million in hidden health costs for Illinoisans in 2017.