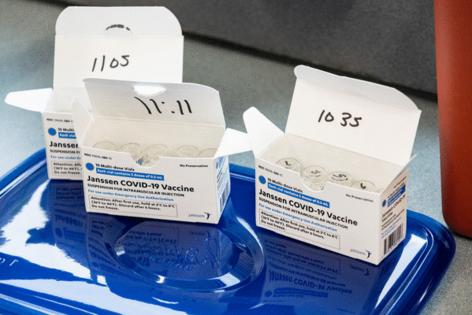 The quick detection of an ultra-rare blood clotting reaction in some COVID-19 vaccine recipients showed the power of a federal warning system for vaccine safety issues, but experts worry that blind spots in the program could hamper detection of other unexpected side effects.

Before the pandemic began, the Food and Drug Administration had scaled back a program it used successfully to track adverse events during and after the 2009 H1N1 influenza pandemic, and the agency is still ramping up its replacement, said Dr. Robert Chen, scientific director of the Brighton Collaboration, a nonprofit global vaccine safety network.

“It’s purely bad luck they were in between systems when COVID hit,” said Chen, who helped create the existing U.S. vaccine safety systems during nearly 30 years at the Centers for Disease Control and Prevention.

FDA officials acknowledged that some data analysis won’t start for weeks or months, but said the government is watching for vaccine reactions with “state-of-the-art” systems.

“FDA and CDC have robust safety and effectiveness surveillance systems in place to monitor COVID-19 vaccines authorized for emergency use in the U.S.,” Abby Capobianco, an FDA spokesperson, wrote in an email.

“The good news for a very rare event is it will pop up on VAERS,” Goodman said on a call with reporters, referring to the Vaccine Adverse Event Reporting System jointly run by the FDA and CDC since 1990.

But other potentially dangerous, unanticipated reactions to vaccines may not be so obvious in VAERS, a system that is believed to miss many potential side effects — or in the nation’s additional monitoring systems, including the Vaccine Safety Datalink and the CDC’s new phone-based tracking program, v-safe.

“It’s quite a hodgepodge of different systems of collecting data,” said Dr. Katherine Yih, a biologist and epidemiologist who specializes in vaccine surveillance at Harvard Pilgrim Health Care. “It’s worth stating that it’s not as good as it could be.”

The Vaccine Safety Datalink, though highly regarded, did not include enough vaccinations within its data from nine hospital systems covering 12 million people to catch the J&J issue, CDC officials said. And enrollment in v-safe has been less than expected, with about 6 million people enrolled by the end of March, just 6.4% of those who had been vaccinated at that point.

More than 44 individuals have been arrested in the ongoing investigation into who killed Haitian President Jovenel Moïse, Haiti National Police said Friday.

Among those taken into custody were a dozen police officers, ...Read More

The U.S. Drug Enforcement Administration’s office in Haiti mishandled a major investigation into a Colombian ship loaded with hundreds of kilos of cocaine and heroin, including assisting and paying Haitian officials to ...Read More

The delta strain of the coronavirus spread widely in a series of densely packed summer events and large public gatherings in Cape Cod, Massachusetts, in early July, raising further concerns about the highly transmissible ...Read More

The income tax returns of former President Donald Trump can be given over to Congress, the Department of Justice announced on Friday.

The Office of Legal Counsel for DOJ said that the U.S. Congress, specifically the House...Read More

The delta strain of the coronavirus spread widely in a series of densely packed summer events and large public gatherings in Cape Cod, Massachusetts, in early July, raising further concerns about the highly transmissible ...Read More

COLUMBIA, S.C. — Gov. Henry McMaster has weighed in on a case in front of a U.S. Supreme Court that could overturn the landmark Roe v. Wade, which protects the right of a woman to have an abortion.