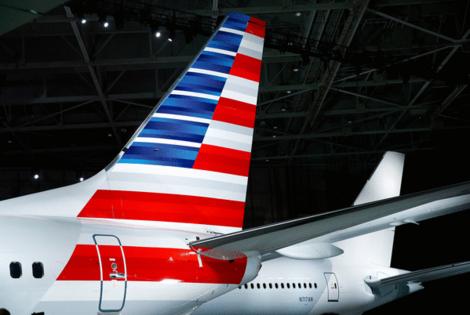 CHARLOTTE, N.C. — American Airlines has apologized after a two-time cancer survivor was told she couldn’t board a flight from Los Angeles to Charlotte because of a vulgar word spelled out in an anti-cancer message on her yellow hoodie.

“Tell me why the guy from American Airlines just told me if I don’t put a sweatshirt on that I can’t get on the plane?” Roslyn Singleton of Charlotte said in an Instagram video.

The words “(expletive) Cancer” were spelled out on the hoodie. Her lawyer, James Walker Jr. of Atlanta, said “millions have said it before and there is nothing illegal about said statement.”

Walker called what happened to Singleton “a violation of her constitutional rights.”

Singleton is an eight-year Navy veteran who fought in Iraq and Afghanistan, Walker said in a statement.

In a statement to The Charlotte Observer on Wednesday, American Airlines said its policies “prohibit clothing that displays offensive statements and inappropriate language from being worn on board.”

But the employees Singleton encountered in the L.A. airport “should have taken the broader context of the message displayed on the customer’s shirt into consideration when explaining our policies,” according to the AA statement.

“Our team has reached out to learn more about Ms. Singleton’s experience, offer our apologies and reaffirm our support for efforts to fight cancer,” AA officials said.

On Instagram, Roslyn Singleton said she put a jacket over the hoodie “because I didn’t want any problems.” Yet, as she and her husband were about to board the flight, another AA employee came up to her and said, ‘I was made aware that there was an issue,” Singleton recounted. “I had no idea what was going on, because I had my jacket on.”

In a followup clip she made after arriving at the Dallas-Forth Worth airport on the first leg of her flight, Singleton said the airline “did a very disrespectful and embarrassing thing to me in LA.”

She also wrote on Instagram: “@americanair Let me apologize to you publicly for having such a strong stance on Cancer. I hope other cancer survivors and fighters don’t go through this!! Never AGAIN ....”

Singleton and her husband, Ray, hit the national spotlight in February 2020 when he serenaded her on “The Ellen Show.”