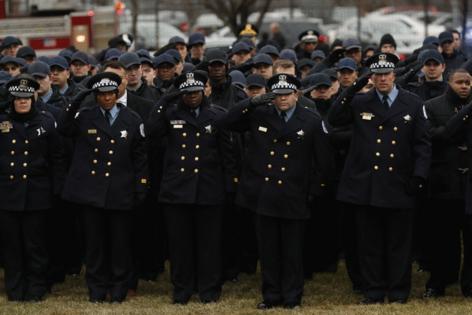 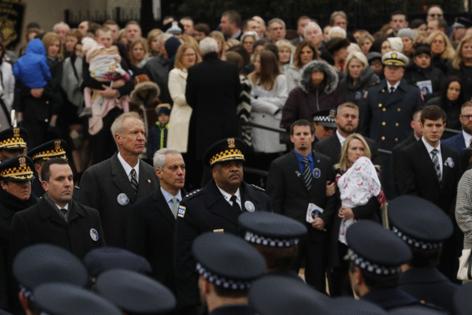 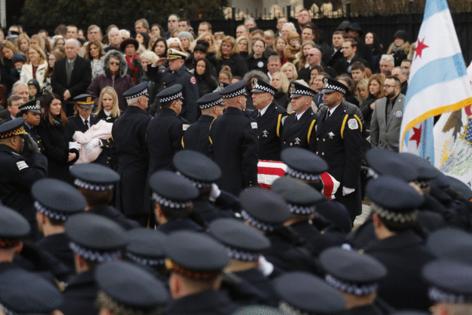 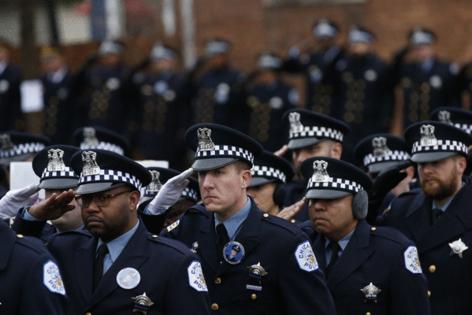 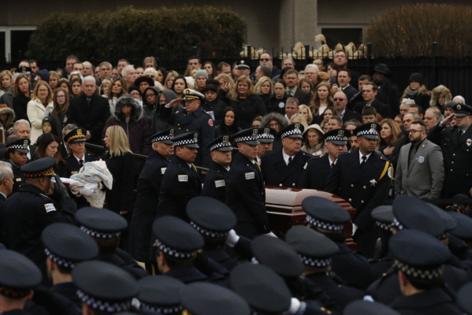 CHICAGO — At an emotional court hearing Wednesday, a South Side man pleaded guilty to carrying a gun he had happened to find in an alley — sparking a chain of events that ended with two Chicago police officers fatally hit by a train.

Edward Brown, 26, pleaded guilty to one count of unlawful use of a weapon in exchange for a sentence of one year in prison. With credit for good behavior, he could be released as early as this fall.

Prosecutors said Brown found the gun in an alley on Dec. 17, 2018, and took it to nearby train tracks to test it. The sound of the pistol going off drew Officers Conrad Gary and Eduardo Marmolejo to the tracks to investigate, where they were struck by a passing commuter train.

“There is no sentence or judgment I can give that will bring those two men back to their families or fellow officers,” Judge Diana Kenworthy said, her voice shaking.

Kenworthy paused to compose herself before explaining that Brown had no criminal background, cooperated extensively with the police investigation and never violated the terms of his pretrial release. The charge carries a penalty of one to three years in prison.

“I understand that the sentence may not seem appropriate to some, but I accept that,” the judge said from the bench. Brown was escorted into custody shortly afterward.

On the witness stand Wednesday, Marmolejo’s widow, Maria, gave a victim-impact statement and recalled a news story that characterized Brown’s actions as his “biggest mistake.”

“Your biggest mistake was not a mistake, it was a choice you made,” she told Brown. “Bad and illegal choices that resulted in an unimaginable reality, in the death of two men that were in search of the man doing something wrong, because it was their oath and they were doing the best they could at their jobs.”

Given the opportunity to speak on his own behalf before the sentence was officially imposed, Brown declined.

The tragic and improbable chain of events that day began when a resident of the Rosemoor neighborhood on the South Side took the garbage out on his way to a doctor’s appointment. He had a black fanny pack with him, containing his firearm owner’s identification card and his .380 semiautomatic pistol, prosecutors said.