The Other Bull Market 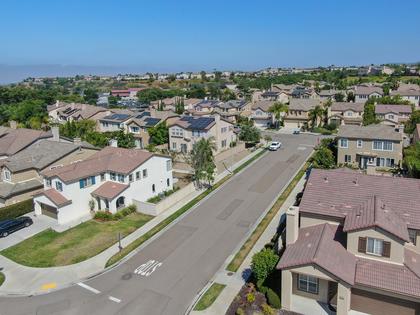 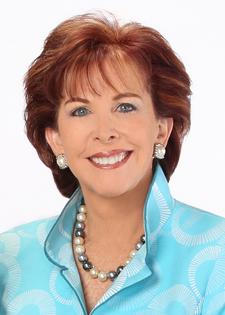 While everyone has been watching the stock market bounce around all-time highs, there’s another bull market that has also been in uncharted territory. And while stocks impact all those who have retirement accounts, it could easily be argued that the bull market in housing directly affects even more people, and in more tangible ways.

If you haven’t been in the market to buy or sell a home, you might not have noticed the incredible leap in housing prices over the past year. One year ago, the median family home price was $297,000. Now that median home price is $370,000. That staggering increase is far greater in percentage terms than even the stock market’s gains! In the past decade, median home prices have doubled.

What’s behind the housing boom — and what could derail it?

There’s no doubt that the Federal Reserve is behind the housing boom — in two ways. First, the Fed has kept the general level of interest rates so low that the 30-year fixed rate mortgages have dipped below 3%. And these low rates have made monthly payments more affordable than any time in history. Second, the Fed has accentuated lower rates by purchasing roughly $40 billion of mortgage-backed securities every month! That allows lenders to continue making mortgage deals on government-insured mortgages, knowing they can sell those loans to the Fed.

No, it’s not the speculative bubble of the first decade of this century, when banks made loans without regard to borrower’s income and ability to repay. But since the banks are making government-insured loans knowing they can sell them back to the Fed’s portfolio, it is the taxpayers who will eventually bear the brunt of losses if borrowers default, not the banks. Sort of reminds you of the securitized bad mortgages of a decade ago.

And that brings us back to the issue of “affordability.” It all works — as long as rates stay low — thanks to the Fed. New buyers can afford the monthly payments on these cheap mortgages. But what if the Fed decides it must “taper” (stop buying so many mortgage backed securities) out of fear that paying for them with newly created money could accelerate inflation? And, what if rates start to rise in the marketplace, beyond the Fed’s control?

My favorite investment newsletter, Jim Stack’s Investment Research (InvesTech.com) dissects this housing boom (or is it a bubble?) in his latest issue. With permission, I’ll quote liberally — because the math of affordability is so startling.

Stack notes that even though 30-year mortgage rates have remained about the same as a year ago at around 3%, the rise in the median home price (noted above) has resulted in a 24% jump in the monthly payment amount on a median priced home! And that’s with rates basically unchanged from a year ago.

Stack figures that if mortgage rates returned to “normal”, there would be a major impact on affordability — and on home prices. If new mortgages jumped to 4.2% there would be a 46% jump in monthly payments from a year ago. That doesn’t bother you if you’re safely locked in below 3%. But who will buy your home at a higher price than you paid, if you need to sell!

Are we looking at another housing crash? Only time will tell. But with rising foreclosures adding to the supply on the market, and ebbing consumer confidence reports, housing prices could adjust quickly.

Remember, housing is a market, too, just like stocks. When enthusiasm and demand are booming, prices rise. And when fear overcomes the desire to own, or unaffordability chases buyers out of the market, or foreclosures add to the sell side availability, the market will adjust.

In my first column of this year, I pointed out that your best investment for 2021 would likely be locking in a fixed-rate 30-year mortgage around 3%. Well, since then the soaring stock market has gotten all the headlines.

It’s not too late to refinance your existing mortgage, even if you’re planning to sell in a few years. At least, if lower home prices force you to stick with your home, you’ll be happy you locked in that low monthly payment. And that’s The Savage Truth.

Every month, the unemployment statistics are watched closely by the financial markets, the news media and the Federal Reserve. It’s the Fed’s mandate to keep inflation low and labor participation high. And recent ...Read More

We have all heard of the long-lasting effects of the coronavirus on many people. The so-called “long COVID” impacts linger long after the immediate fever and other physical symptoms have passed.

And with all due ...Read More

Our national debt is the sum of all the money we have borrowed over our country’s history. It is currently nearing $29 trillion. Sadly, we have grown accustomed to such huge numbers. Now they’re called “MEGO” ...Read More

Parents of college students starting the fall semester have come to the moment of truth — the moment when it’s time to start paying out all that money they’ve been saving and borrowing.

There are some rules involved...Read More

When it comes to figuring out the economy, let me borrow the famous line from Charles Dickens: “It was the best of times, it was the worst of times....” If you follow the economic headlines, trying to make money ...Read More