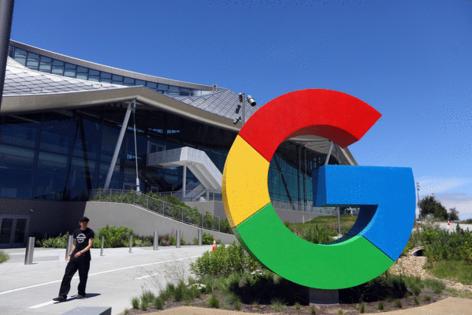 “The lawsuit we have filed today seeks to hold Google to account for what we allege are its longstanding monopolies in digital advertising technologies that content creators use to sell ads and advertisers use to buy ads on the open Internet,” said the Justice Department’s antitrust chief Jonathan Kanter in a news conference Tuesday announcing the suit.

New York, California and Virginia were among the states that signed on to the complaint, which was filed in federal court in Virginia.

Google said in blog post that the lawsuit “attempts to pick winners and losers in the highly competitive advertising technology sector. The case “largely duplicates an unfounded lawsuit by the Texas Attorney General, much of which was recently dismissed by a federal court. DOJ is doubling down on a flawed argument that would slow innovation, raise advertising fees, and make it harder for thousands of small businesses and publishers to grow.”

Alphabet extended declines on the news, dropping as much as 2.5% to touch a session low. The stock slid 23% in the 12 months ended Monday, underperforming the Nasdaq 100 Index.

“No matter the industry and no matter the company, the Justice Department will vigorously enforce our antitrust laws,” Attorney General Merrick Garland said during the press conference.

The lawsuit represents the Biden administration’s first major case challenging the power of one of the nation’s largest tech companies, following through on a probe that began under former President Donald Trump. It also marks one of the few times the Justice Department has called for the breakup of a major company since it dismantled the Bell telecom system in the 1980s.

Google is the dominant player in the $278.6 billion U.S. digital-ad market, controlling most of the technology used to buy, sell and serve online advertising. The Justice Department said Google’s dominance allows it to keep at least $0.30 out of every dollar advertisers spend through its online advertising tools. A resolution in the case could be years away.

“Google’s pervasive power over the entire ad tech industry has been questioned by its own digital advertising executives,” according to the complaint. “The analogy would be if Goldman or Citibank owned the NYSE.”

The lawsuit marks the DOJ’s second antitrust suit against Google and the fifth major case in the U.S. challenging the company’s business practices. State attorneys general have filed three separate suits against Google, alleging it dominates the markets for online search, advertising technology and apps on the Android mobile platform in violation of antitrust laws.