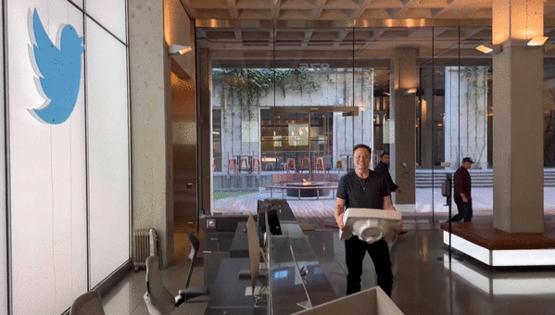 Twitter Inc. was sued by the Crown Estate for failing to pay rent at its London office and a landlord in the US for similarly falling behind on rent for its San Francisco headquarters.

The Crown Estate — which manages a range of assets from shops and offices to the seabed around England that’s ultimately owned by the British monarch — filed a suit against Twitter over its London premises in the West End, according to court filings. No further detail was available, and a spokesperson for the Crown Estate declined to comment beyond confirming the suit.

Meanwhile in the US, Twitter quit paying rent on its San Francisco headquarters in December, according to a lawsuit filed by its landlord Sri Nine Market Square LLC. The social media company failed to pay the $3.36 million December rent for its offices at 1355 Market Street and the $3.42 million for January rent, the suit, filed Monday in state court in California, shows.

Since taking over Twitter, Elon Musk has been slashing costs. He’s fired half the staff, held back rent on the company’s other offices around the world and refused to pay some outstanding bills, such as a jet charter. Those measures come as the billionaire is facing his first payment on the $12.5 billion in debt he took on to acquire Twitter.

The suit also comes with Musk on the witness stand in a securities fraud trial in San Francisco where he is defending his tweet to take Tesla Inc. private. He’s set to return Tuesday to finish his testimony.

Twitter rents more than 460,000 square feet of space on eight floors of the San Francisco building, according to the complaint. Sri Nine Market Square held a letter of credit for $3.6 million as security, which Twitter was required to increase to $10 million if there were a transfer in control, which occurred when Musk bought the company in October for $44 billion.

Twitter argued it didn’t have to boost the line of credit, according to the complaint.

Sri Nine said it drew upon the existing line of credit to cover the December rent of $3.36 million and a portion of the January rent, leaving the balance of the line of credit at $1.

Sri Nine is seeking to recover the unpaid rent and a court declaration that Twitter is in breach of the lease for failing to increase the line of credit to $10 million.