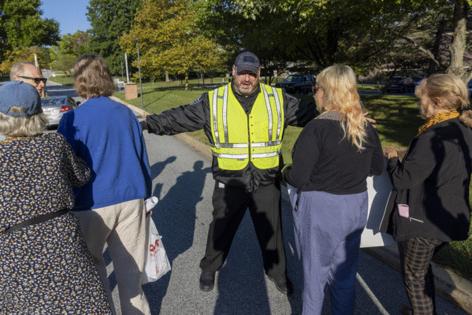 One week after 13 Republican state attorneys general asked federal energy officials to consider blocking Vanguard Group from buying utility stocks because of its relationships with anti-coal and anti-natural gas activists, the Malvern, Pennsylvania-based investment giant has pulled out of an international group committed to reducing net greenhouse gas emissions to zero by 2050.

Vanguard quit the group because joining had caused "confusion" about whether Vanguard would end up dumping energy stocks from its popular stock-index funds, the company said.

To be sure, Vanguard had committed only 4% of the $8 trillion it invests for clients to Net Zero's goal of providing all energy from non-carbon sources by 2030, Jayson O'Neill, a spokesman on behalf of Net Zero, said in a statement. The 4% does not include Vanguard's large index funds, which include gas-burning utilities such as Exxon and coal-burners such as American Electric Power Co.

O'Neill accused Republicans of making "threats" based on political points and "ideological" arguments against Vanguard and other asset managers, adding that Florida had pulled $2 billion from BlackRock, the nation's largest investment firm, over similar "sustainability" issues last week.

In a letter to the Federal Energy Regulatory Commission, the counter-protesting states contended that alternatives to carbon-based energy, at least in their states, are more expensive and less reliable, putting the public, as well as investors, at risk.

They accused Vanguard of putting politics before investors' best interests and urged FERC to hold a hearing to review whether Vanguard's goals matched those of investors before deciding whether to give Vanguard permission to buy electric utility stocks over the next three years.

Vanguard holds more than $60 billion worth of the 10 largest electric utilities, much of it in index funds that could be hard to maintain in line with the Standard & Poor's 500 and other portfolios that include big utilities, if Vanguard were to be restricted from buying their shares.

Will Vanguard back out of other environmental investing groups it had joined?

In untying itself from Net Zero, Vanguard said it expected to "make clear that Vanguard speaks independently on matters of importance to our investors."

Asked whether Vanguard would leave other specific groups, spokeswoman Alyssa Thornton sent The Inquirer an email stating that the company "is focused solely on maximizing the long-term returns of our investors and helping them achieve their financial goals."

Why did Vanguard join the alliance of more than 200 money managers committed to replacing coal and natural gas in the first place?

In its statement, Vanguard said that it had sought to better understand climate change and the resulting risk it causes for investor returns, but that it could not tolerate the ensuing "confusion" that it could let environmental concerns alter the makeup of its popular stock-index funds.

"We have decided to withdraw from NZAM so that we can provide the clarity our investors desire about the role of index funds" and "climate-related risks" to investment returns, Vanguard said in its statement Wednesday.

Despite quitting Net Zero, Vanguard agreed that burning fossil fuels can be bad for investors. It promised to continue to give investors information about "net zero" investment products and to "help investors navigate the risk that climate change can pose to their long-term returns."