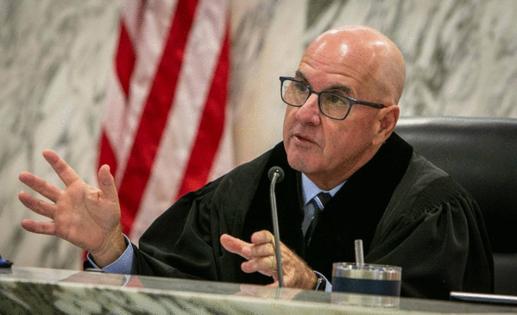 MIAMI BEACH, Florida — When a wealthy asset manager plucked the iconic Carillon complex out of bankruptcy in 2015 and soon after sent acclaimed spa operator Canyon Ranch packing, unit owners at the North Beach luxury resort/condo were aghast. They said it was the start of a slow erosion of amenities that they treasured — and paid dearly for — at the three-tower high-rise overlooking the surf and sand.

The relationship went downhill from there, perhaps reaching rock bottom when management at the hotel operated by Z Capital inside the complex tried to assess the unit owners millions of dollars to cover the cost of fighting the owners’ own lawsuit.

This week those owners got a measure of payback: $16.3 million worth.

A Miami-Dade circuit judge awarded the unit owners that amount in damages after ruling that the hotel owner — which unit owners refer to as the “the hedge fund” — over-charged the property’s three associations for years in spa, electricity and hotel fees.

Miami-Dade Circuit Court Judge Michael Hanzman, the same judge who handled the litigation over the collapse of Champlain Towers South, said Z Capital and the Carillon Hotel owe that amount.

“Let’s all take a big, deep breath and appreciate that the judicial system worked to address a serious wrong,” read an email sent by the associations of all three Carillon buildings to their unit owners.

But the legal battle has not been fully resolved. The legality of parts of the contract between the hotel and resort owner and the buildings’ associations is still in question.

“We feel vindicated by the jury’s decision to award us these funds,” said unit owner Sue Goldmark in a text message to the Herald after the verdict was read. Goldmark has lived in one of the building’s units with her husband since 2012. “After years of pursuing this case and pushing pushing pushing Z Capital to get the financial documents we needed, we hope finally to have closure.”

Unit owners interviewed by the Herald said they had bought in the complex because of the services offered by Canyon Ranch, known for its comprehensive health, fitness and wellness programs.