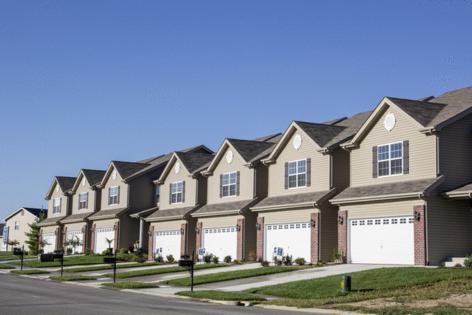 The Federal Reserve hasn’t had much success so far in wrestling down sky-high inflation, but its monetary tightening campaign is having a major impact in deflating asset bubbles that swelled during the pandemic.

—Investor-favored technology stocks have tumbled by more than 50%

Most importantly — and surprisingly — all this is occurring without upending the financial system.

“It’s astonishing,” said Harvard University professor Jeremy Stein, who as a Fed governor from 2012 to 2014 paid special attention to financial stability issues. “If you told any one of us a year ago, ‘we’re going to have a bunch of 75 basis-point hikes,’ you’d have said, ‘Are you nuts? You’re going to blow up the financial system.’”

Fed policymakers have long shied away from using monetary policy to address asset bubbles, saying interest-rate hikes are too blunt a tool for such a mission. But the current deflation in asset prices could help achieve the soft landing in the economy Chair Jerome Powell and his colleagues are seeking.

A broader financial blowup can’t be ruled out. But the current episode for now marks a sharp contrast with the bursting of the US property-price bubble that triggered a deep downturn from 2007 to 2009, and the tech-stock meltdown that helped push the economy into a mild recession in 2001.

Partly in recognition of the risks — and the fact they’ve already raised interest rates a lot — Powell & Co. are primed to throttle back rate increases to 50 basis points next week, after four straight 75 basis-point moves.

Here’s how their campaign has helped affect asset markets so far: