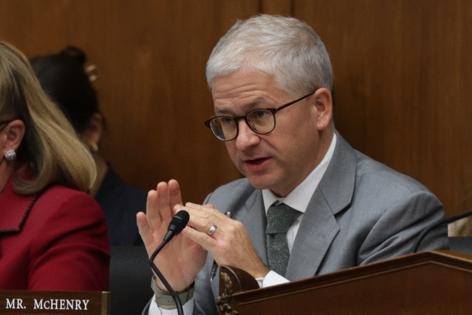 WASHINGTON — Now that they’ve gained control of the House in the next Congress, Republican lawmakers will launch a slew of congressional inquiries into environmental, social and governance issues, according to legal and financial experts.

The foremost targets will be financial institutions and companies promoting ESG, as well as the Securities and Exchange Commission, which is writing climate disclosure rules for public companies.

Jonathan Su, a partner at Latham & Watkins LLP who represents companies, corporate directors and others in congressional, government and internal investigations, said the increased scrutiny is turning the tables a bit in Congress.

“The historical perception is that a Republican Congress has traditionally been more friendly toward the business community in terms of oversight matters,” Su said in a webinar hosted by the law firm on the subject. “The general observation is that with this upcoming Congress, that dynamic may change.”

“Whether that’s because of new membership with respect to particular congressional Republicans, or a change in the political cycle, there’s very much an observation that they are very much prepared to and will conduct expansive oversight of the private sector,” said Su, who was a White House counsel in the Biden and Obama administrations.

Republicans have indicated that such congressional inquiries would focus on whether ESG considerations harm shareholders and violate fiduciary duty and whether companies may be violating antitrust laws by participating in voluntary, industrywide ESG initiatives.

They have done so as Democrats have ratcheted up pressure on companies to incorporate material risks from ESG issues, such as climate risk and human capital management. Su noted this pressure is likely continue in the Senate, where Democrats will retain their majority.

Senate Republicans will have little ability to pursue their requests as individual minority members, but they could join their counterparts in the House in a joint investigation, Su added. And companies will have to contend with various requests for information and civil investigations from various state attorneys general as well.

“For many private sector entities, it’s understandable to feel a bit of whiplash in terms of having this issue come at them not only from both political parties, but also at differing levels,” he said.

The House Financial Services Committee, of which ranking member Patrick T. McHenry, R-N.C., is expected to become chairman next year, will keep busy with oversight hearings and inquiries, with a particular focus on SEC rule-making, said Jamie McGinnis, who previously was a senior policy adviser and lead securities counsel on the committee’s GOP staff.