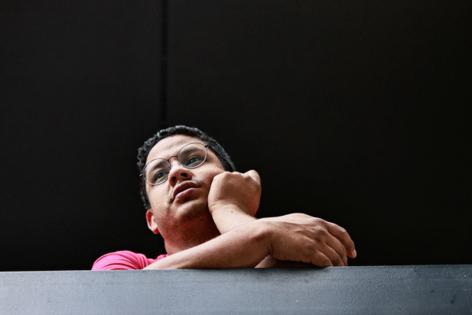 In the past, Torres had worked in kitchens and on construction sites. He cleaned bathrooms. In Atlanta, he quickly found work as a gardener on a golf course. Now, he works in a hotel.

Torres is among the dozens of destitute Venezuelan migrants who made their way to Atlanta in the late summer and early fall when U.S. immigration policies were allowing them entry into the country. But the pace of the arrivals quickly overwhelmed local assistance agencies. Since then, migrants’ gradual absorption into the local workforce has brought about a much-coveted source of income. But their status as undocumented workers in a state with relatively few labor protections worries advocates, who warn that migrants could find themselves in dangerous work settings or exploitative situations.

Few industries pose a bigger risk to workers’ health than meatpacking: According to a 2019 report from Human Rights Watch, workers at meat and poultry processing plants suffer some of the highest rates of occupational injury and illness in the U.S. But that hasn’t fazed Frank Ruiz.

In September, the Venezuelan migrant got off early from a New York-bound bus paid for by the Texas government. Figuring New York City was becoming too crowded with his countrymen, he was instead drawn to Atlanta, the only other U.S. city whose name he recognized. After spending a week looking for work in the metro area, he traveled to Gainesville with three other Venezuelan migrants. They had been offered night shifts at a poultry processing plant, earning $15 per hour.

“A lot of places [in Atlanta] were asking for a work permit. But here no one has asked for anything. They’re giving us an opportunity,” he said. “We just got here. We need stable work.”

The majority of the most recent Venezuelan arrivals to the U.S. are planning to file for asylum, but many may be unable to qualify. Coming to the U.S. in search of economic opportunity is no grounds for asylum.

As they await a decision on their asylum case, migrants can apply for work authorization. But because of a mandatory waiting period, it can ultimately take well over a year for asylum seekers to get their hands on a permit.