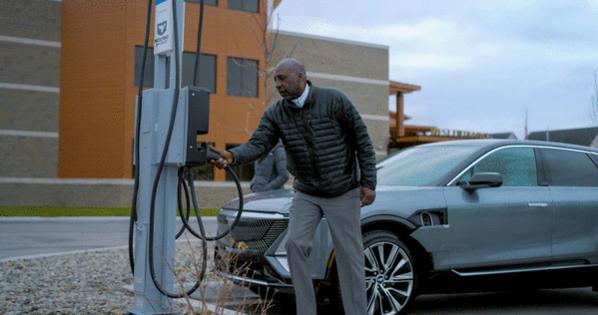 Nearly 1,000 GM dealers have enrolled in the program since it was announced in late 2021. The program was first available to Chevrolet dealers and will expand to Buick, GMC and Cadillac dealers in January 2023. It's part of GM's plan to invest about $750 million on charging infrastructure through 2025.

GM and its dealers are using this program to expand charging nationwide, including in rural and urban areas where access is often limited.

Wheelers Chevrolet GMC in Wisconsin was the first dealer to participate in the program and installed charging stations at several locations in Marshfield, Wisconsin, including two parks, a library and a sports complex. In Michigan, Young Chevrolet Cadillac in Owosso also signed on and has installed its first charging stations at Memorial Healthcare Wellness Center there. Dealers in Delaware, Georgia, Illinois, Indiana, Kansas, Ohio and Washington should install their first chargers in the weeks and months ahead, GM said.

The cost of the charging station, installation and management is covered between dealers, GM and the site hosts.

GM selected FLO, a Canadian electric vehicle charging network operator, as the station provider for the program. FLO's Auburn Hills manufacturing facility will be the primary production location for the program's charging stations.