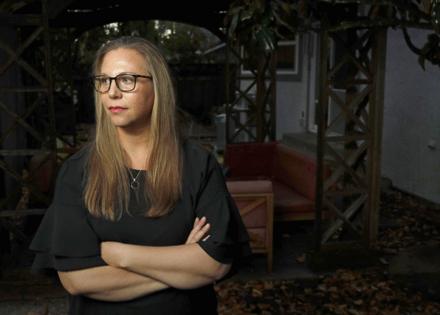 SAN JOSE, California — The ax fell suddenly and out of the blue for technology worker Nitesh Donti. Less than a year ago, on the networking platform LinkedIn, he’d expressed excitement over his new job as an engineering manager at robot-vehicle company Nuro. Then last month, Nuro laid off Donti and around 300 others as it slashed 20% of its workforce.

“It was a complete shock,” said Donti, 30, of San Francisco, who’d spent five years as a software engineer at Google before moving to the Mountain View-based Nuro.

He was among the thousands of tech workers laid off since October as companies responded to slowing revenue growth, rising inflation and interest rates, and worries of a coming recession. It’s no surprise these tech employees were shocked when the bad news came: Their industry was going gangbusters until it wasn’t, with think-tank Joint Venture Silicon Valley in February reporting that “Silicon Valley’s innovation engine is red hot” and tech was leading a return in employment to pre-pandemic levels.

“Things are not headed in a positive direction,” said Bay Area Council economist Jeff Bellisario. “These numbers are getting larger. We’re in for more pain.”

Andrea Scroggy of Martinez lost her remote job as a training director at southern California software firm SearchStax in an October “layoff horror story,” she said. She had projects underway, one of them about to launch, so when her boss pinged her for a meeting, she figured it was a regular check-in. Then a human-resources staffer was added to the meeting invitation just before the start.

“They told me I was laid off,” said Scroggy, 39. “It was pretty jarring — a five minute conversation on a Wednesday with no warning whatsoever.”

Stephen Lynch grew up in Indiana, the son of a steelworker who had to work three minimum-wage jobs after getting laid off amid mill closures. Lynch absorbed the notion that you shouldn’t pursue a job where you might get laid off, and he, like many who worked through the Bay Area tech industry’s recent boom years, felt secure in his job at financial-services software company Stripe. Yet early last month, he was let go as the company chopped 14% of its global workforce.

“No one was really expecting it,” said Lynch, 40, of San Francisco.

The scope and size of the region’s layoffs remains obscure, as data is sparse, Bellisario said.