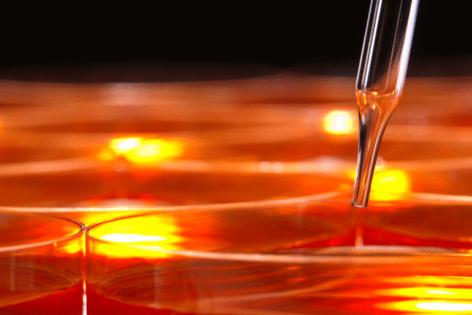 After finding success investing in the more obviously lucrative corners of American medicine — like surgery centers and dermatology practices — private equity firms have moved aggressively into the industry’s more hidden niches: They are pouring billions into the business of clinical drug trials.

To bring a new drug to market, the FDA requires pharmaceutical firms to perform extensive studies to demonstrate safety and efficacy, which are often expensive and time-consuming to conduct to the agency’s specifications. Getting a drug to market a few months sooner and for less expense than usual can translate into millions in profit for the manufacturer.

That is why a private equity-backed startup like Headlands Research saw an opportunity in creating a network of clinical sites and wringing greater efficiency out of businesses, to perform this critical scientific work faster. And why Moderna, Pfizer, Biogen, and other drug industry bigwigs have been willing to hire it — even though it’s a relatively new player in the field, formed in 2018 by investment giant KKR.

In July 2020, Headlands announced it won coveted contracts to run clinical trials of COVID-19 vaccines, which would include shots for AstraZeneca, Johnson & Johnson, Moderna, and Pfizer.

In marketing its services, Headlands described its mission to “profoundly impact” clinical trials — including boosting participation among racial and ethnic minorities who have long been underrepresented in such research.

“We are excited,” CEO Mark Blumling said in a statement, to bring “COVID-19 studies to the ethnically diverse populations represented at our sites.” Blumling, a drug industry veteran with venture capital and private equity experience, told KHN that KKR backed him to start the company, which has grown by buying established trial sites and opening new ones.

Finding and enrolling patients is often the limiting and most costly part of trials, said Dr. Marcella Alsan, a public policy professor at Harvard Kennedy School and an expert on diverse representation in clinical trials, which have a median cost of $19 million for new drugs, according to Johns Hopkins University researchers.

Before COVID-19 hit, Headlands acquired research centers in McAllen, Texas; Houston; metro Atlanta; and Lake Charles, Louisiana, saying those locations would help it boost recruitment of diverse patients — an urgent priority during the pandemic in studying vaccines to ward off a disease disproportionately killing Black, Hispanic, and Native Americans.

Headlands’ sites also ran, among other things, clinical studies on treatments to combat Type 2 diabetes, postpartum depression, asthma, liver disease, migraines, and endometriosis, according to a review of website archives and the federal website ClinicalTrials.gov. But within two years, some of Headlands’ alluring promises would fall flat.

In September, Headlands shuttered locations in Houston — one of the nation’s largest metro areas and home to major medical centers and research universities — and Lake Charles, a move Blumling attributed to problems finding “experienced, highly qualified staff” to carry out the complex and highly specialized work of clinical research. The McAllen site is not taking on new research as Headlands shifts operations to another South Texas location it launched with Pfizer.