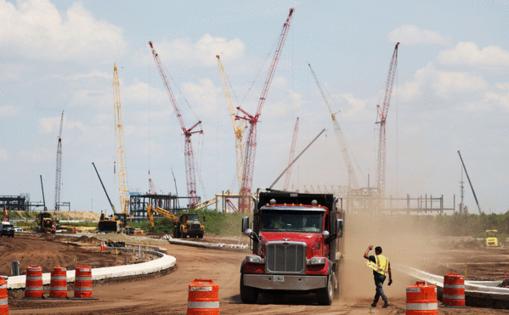 “I don’t think we’ve said the exact date that we’re opening in, but we will have an impact in ‘25. It will open in time for the summer of ‘25,” he said Monday.

Shell gave additional context on the theme park during the UBS Global TMT Conference on Monday, saying it has “perfect timing” as Orlando sees high demand from tourists. He mentioned recent hotel booking trends and the Orlando International Airport opening its new Terminal C in September as evidence of that.

Epic Universe’s design will also help attract conventioneers with limited time, as the theme park is built so visitors can “come into one land and not the whole park,” Shell said. The site is just northeast of the Orange County Convention Center, and some areas of Universal-owned land attached to the theme park are directly across Universal Boulevard.

It was originally expected to open in 2023 before the COVID-19 pandemic delayed construction for nearly a year. Earlier this year, executives said they expected it to open by summer 2025, but analysts wondered if global supply chain delays would affect deliveries of critical construction materials.

On Monday, Shell indicated the theme park has not encountered major issues in getting materials, though he said their prices have fluctuated during the construction timeline.

“We’re right on track as far as spending. We were worried earlier on because of raw materials costs and steel and things like that,” he said. “We’re largely past that now ... All the infrastructure’s in, a lot of the steel is in, and now it’s just a question of building out. Our peak spend will be in ‘23.”

Video game-themed Super Nintendo World is the only land Universal has confirmed is coming to Epic Universe. Universal Studios Japan’s version of the land, which opened in March 2021, is “driving a lot of that attendance” at the theme park, Shell said.

“Given that we’ve bet on Nintendo, both for Hollywood and for Epic Universe ... [we’re] very encouraged by that,” Shell said Monday.

Universal Studios Hollywood also is opening its version of Nintendo land in early 2023. Both Japan and Hollywood’s Nintendo Worlds are thought to feature some of the same content headed for Epic Universe.