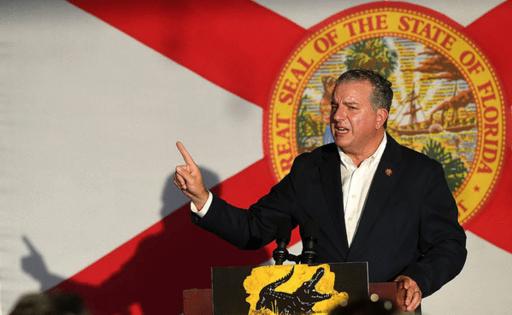 Florida will pull $2 billion from the largest asset-management firm in the world over ideological differences.

State Chief Financial Officer Jimmy Patronis announced Thursday that Florida will immediately freeze about $1.43 billion in long-term securities and about $600 million in short-term overnight investments managed by BlackRock because of the firm’s use of “Environmental, Social, and Governance” standards — known as ESG.

Patronis in a statement said he doesn’t “trust BlackRock’s ability to deliver” and “BlackRock CEO Larry Fink is on a campaign to change the world.”

“Whether stakeholder capitalism, or ESG standards, are being pushed by BlackRock for ideological reasons, or to develop social credit ratings, the effect is to avoid dealing with the messiness of democracy,” Patronis said.

Republican leaders in Florida and across the country have targeted ESG ratings, which can involve considering a wide range of issues in investments, such as companies’ climate-change vulnerabilities; carbon emissions; racial inequality; product safety; supply-chain labor standards; privacy and data security; and executive compensation.

Patronis said the state Department of Financial Services oversees about $60 billion and that the money with BlackRock will be moved “elsewhere.”

“I think it’s undemocratic of major asset managers to use their power to influence societal outcomes,” Patronis said. “If Larry [Fink], or his friends on Wall Street, want to change the world — run for office. Start a nonprofit. Donate to the causes you care about. Using our cash, however, to fund BlackRock’s social-engineering project isn’t something Florida ever signed up for.”

Fink is a leading proponent of ESG metrics. In a letter this year to corporate executives, Fink said companies using the standards are “performing better than their peers.”

“Stakeholder capitalism is not about politics,” Fink wrote. “It is not a social or ideological agenda. It is not ‘woke.’ It is capitalism, driven by mutually beneficial relationships between you and the employees, customers, suppliers, and communities your company relies on to prosper.”

As part of an October quarterly report, Fink said the New York-based BlackRock is built “to meet our clients’ needs across all market environments.”

Shut out of the Super Bowl for more than three decades, Molson Coors is back in the Big Game, partnering with DraftKings on a whimsical $500,000 beer commercial contest.

Fans who correctly guess the most “prop bets,” ...Read More

Microsoft will add artificial intelligence-powered features, including chat, to its search engine, Bing, and its browser Edge, the software giant announced at a day-long event at its Redmond campus on Tuesday. The move ...Read More

Federal Reserve Chair Jerome Powell stuck to his message that interest rates need to keep rising to quash inflation and this time, the bond market listened.

In particular, Powell floated the idea during an event in ...Read More

The dream of carbon-free flight is inching toward some reality.

The Federal Aviation Administration on Monday granted California-based Universal Hydrogen clearance to proceed with a first flight of its hydrogen-powered ...Read More

Many homebuyers — already stretched thin by high home prices — have been waiting eagerly for mortgage rates to fall.

And it appears that relief might be on the way. In the past six weeks, mortgage rates have dropped ...Read More