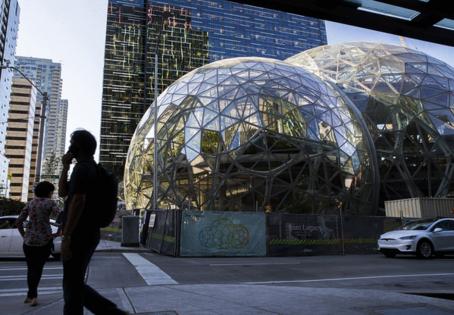 Amazon began cutting jobs this month, the first of a string of layoffs that is expected to reach about 10,000 workers. HR workers were offered voluntary buyouts the company put forward at the same time it began layoffs in other divisions.

Amazon, like many tech companies, is looking to cut costs as it faces economic uncertainty and comes off a yearslong hiring spree. It's reviewing each division to make decisions "about what we believe we should change," CEO Andy Jassy wrote to employees in November.

Jassy told employees the cuts would continue through 2023.

The company is trimming head count in several divisions, including devices, books, human resources and stores. The devices group includes Amazon's voice assistant Alexa, its health device Halo and its home robot Astro, as well as Kindle, smart home products and the Echo speaker. Stores covers most of Amazon's consumer business, including online and physical stores, the marketplace for third-party sellers and Prime.

Amazon has been quiet about many details of the layoffs. It's still not clear how many people it will trim from each division, or how the layoffs will affect its Puget Sound headquarters.

"Coming out of the pandemic, there are several macroeconomic pressures happening in the world, and we are faced with some very hard decisions as we plan for 2023," the company wrote in an email offering its voluntary resignation package viewed by The Seattle Times.

Within People, Experience and Technology, Amazon's name for its human resources division, "the slowdown in hiring and the unusual environment" have affected some departments and "we need to take steps to more closely align with our business needs," the email read.

A spokesperson for Amazon declined to answer questions about the voluntary resignation package.