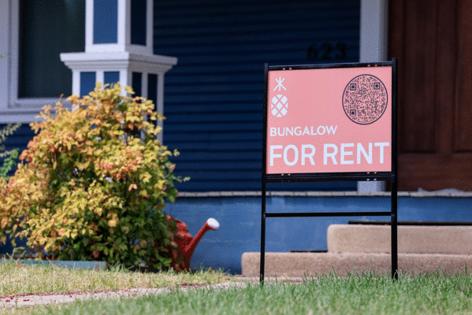 Landlord Sonja Kluesener first suspected something fishy when three potential renters contacted her about the Zebulon home she’d just listed on Zillow, and there was a significant price difference.

In her ad, she’d listed the three-bedroom ranch-style cottage at $1,700 per month. But they reported finding a similar ad on another listings site — for $200 less.

Then it clicked. “People were impersonating me,” she told The News & Observer.

Scammers had lifted her ad from the popular real estate site and, within days, created a fake listing using Kluesener’s name, photos, and even open-house times. They also added a few sweeteners, like the below-market price and allowance for “cats and large dogs,” and then posted it to other sites like Redfin and ForRent.com.

The contact number and email listed, however, wasn’t hers.

“Each of these people believed they’d been emailing with me and were about to wire $4,500 for rent and security to whoever put up the false listing. (They) even sent people to my open house to make it seem legit,” Kluesener said.

The scam unraveled when people became suspicious and contacted her through Zillow. But she worries others won’t be as lucky. “Other than informing the public, I have no idea how to stop it,” she said.

A Zillow spokesperson said its teams actively monitor the site for possible fraud or scams, preventing them from getting posted.

“If a listing is found to be fraudulent, it is removed from our site as quickly as possible,” the company emailed in a statement.

Zillow also offers warnings on its website on how to avoid rental and home for-sale scams, and other internet fraud.

The dream of carbon-free flight is inching toward some reality.

The Federal Aviation Administration on Monday granted California-based Universal Hydrogen clearance to proceed with a first flight of its hydrogen-powered ...Read More

Many homebuyers — already stretched thin by high home prices — have been waiting eagerly for mortgage rates to fall.

And it appears that relief might be on the way. In the past six weeks, mortgage rates have dropped ...Read More

At the end of last month, on the same day that Boeing touted plans to hire 10,000 people this year, senior leadership convened virtual meetings internally to break bad news to nonunion staff in human resources and finance....Read More

Federal Reserve Chair Jerome Powell said that additional interest-rate increases will be needed to cool inflation and borrowing costs may need to peak higher than previously expected, if the strong jobs market persists.

Members of the Indian diaspora living in the U.S. are being urged to step up and channel money back to the homeland during a 24-hour charitable drive.

Attention, phone scammers and telemarketers: About 50 people in San Diego are now better equipped to deal with you after they listened to a talk Wednesday given by Nicole Rawson, a digital wellness expert.