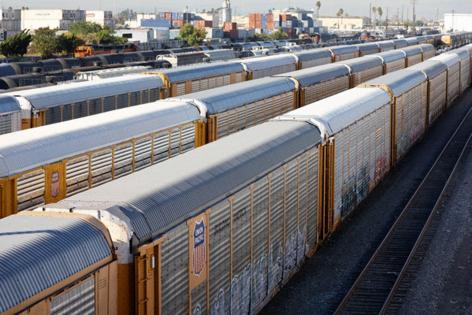 The prevailing take on the looming national rail crisis is that a few recalcitrant railroad unions are poised go on strike Dec. 9, provoking an industrywide labor walkout that would inflict a "crippling" blow to the U.S. economy.

The quoted word comes from President Biden, who on Monday called on Congress to impose a contract on the workers and avert the strike.

His concern was echoed by House Speaker Nancy Pelosi, D-California, who indicated that her chamber is ready to do so. In the Senate, both Majority Leader Charles E. Schumer, D-New York, and Minority Leader Mitch McConnell, R-Kentucky, have expressed willingness to go along.

Since Biden is known as firmly pro-labor to an extent not seen in the White House in nine decades, and Pelosi's Democratic Party is generally favorable to organized labor, you might think they're right to put the onus on the unions.

You would be wrong.

The truth is that the rail strike is being provoked by railroad managements that have absolutely refused to give in on a central goal of the rail unions: the provision of paid sick leave.

Meanwhile, the railroads are absolutely swimming in profits — more than enough to have satisfied the unions' demand and have tens of billions of dollars left over.

Back in September, Biden celebrated what looked like a victory for railroad workers — a contract that gave workers a raise of some 24% over its five-year term, negotiated with White House help.

Since then, however, members of four of the 12 rail unions involved in the negotiations have rejected the deal. Since all 12 must approve the contract for it to go into effect, the rejections mean a strike is looming.