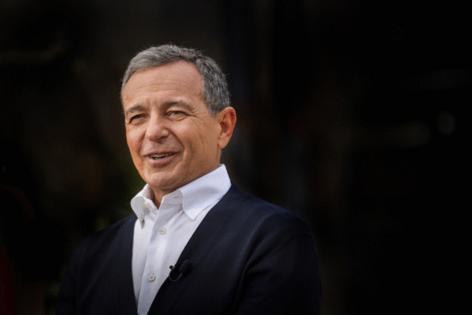 Bob Iger faces daunting challenges in his return to lead the Walt Disney Co. What to do about ESPN? How to make Disney+ profitable? Preserving fan loyalty at Disneyland and Walt Disney World. Navigating a possible recession.

But the tallest order of all may be the one that Iger, 71, has struggled with for years: coaching his own replacement.

Disney's board will ultimately choose the company's next chief executive, though Iger, who retired as executive chairman at the end of 2021, will clearly have an influential role in the succession process.

The company on Sunday said that Iger would "work closely with the Board in developing a successor." That's on top of the immediate tasks required to restore Disney's glory after the sudden ousting of Iger's CEO successor — and now predecessor — Bob Chapek.

Iger and the board's previous attempts at succession planning have proved unsuccessful, with Chapek's rocky tenure being just the most recent example. Iger handpicked Chapek, a skilled operator and a Disney insider of nearly three decades, with the idea that Chapek would execute on the strategy that Iger set in motion, which included a major pivot to streaming. A series of missteps and a disastrous fourth-quarter earnings report led chairman Susan Arnold to tap Iger for a hero's return.

The situation has echoes of years past. In 2015, the company appeared to be grooming Disney veteran Tom Staggs for the top job. He'd been promoted to chief operating officer, besting another potential candidate, then-Chief Financial Officer Jay Rasulo. But instead of going with what looked to be a smooth transfer of power, Disney changed course in 2016, prompting Staggs to leave the company.

It's not just an Iger problem, though.

Disney has been hobbled by turbulent leadership transitions for decades, dating back to when it was still a family business.

Walt Disney, the company's namesake and co-founder, sometimes fought fiercely with his brother, Roy O. Disney. After Walt died, it was up to Roy to shepherd his brother's legacy. Ron Miller, Walt Disney's son-in-law, was forced out as CEO in 1984 amid the company's flagging performance.

Later, Roy E. Disney, Roy O.'s son, led a shareholder revolt with former board member Stanley Gold, leading to the early exit of Michael Eisner in 2005 after a 21-year run. Though Eisner had blessed Iger's ascent to the top, he was reluctant to leave.