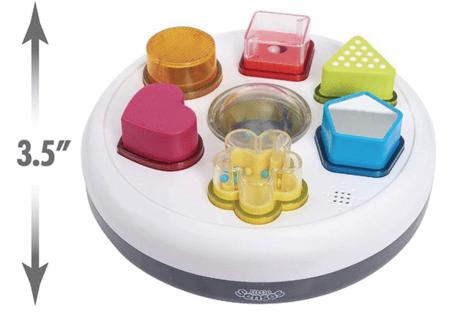 Before everyone starts piling toys into their real life and online shopping carts this Black Friday, Illinois consumer advocates have a message: Be careful.

A number of dangerous, recalled toys are still readily available online, according to a new report by the U.S. Public Interest Research Group (PIRG) Education Fund that was discussed at a news conference at Lurie Children’s Hospital on Tuesday. The researchers behind the report searched for 16 toys that had been recalled and found 11 of them on Facebook marketplace, eBay and some online toy shops.

“We were able to find toys that had been recalled days, weeks, months and even years after the recall,” said Abe Scarr, director of the Illinois PIRG Education Fund.

The toys included Army action figures that were recalled last month for excessive levels of phthalates and lead; a colorful looping toy that was recalled because it presented a choking hazard; and a play tent recalled because it didn’t meet industry flammability standards, according to the report. Other recalled items included a ride-on toy for toddlers, bath toys and a stuffed animal.

In 2020, nearly 200,000 people, including 79,000 children ages 4 and younger, went to emergency departments because of toy-related injuries, according to the report.

“Recalled products should have no place in our marketplaces or in our homes,” said Nancy Cowles, executive director of Chicago-based advocacy group Kids in Danger. “The sad news about most of these recalled products you’re seeing here today, along with the ones in the guide, almost all of them will remain in use and in homes because companies do such a poor job of alerting families to recalls.”

She said she’d like to see companies handle recalls the same way they handle the marketing of toys, such as by trying to reach consumers through social media ads and influencers.

“Parents may not hear about a recall if they’re not listening or paying attention to the news on that particular day,” she said.

She said it’s alarming that researchers were able to find so many recalled toys for sale online. Federal law prohibits any person from selling products that have been recalled, according to the U.S. Consumer Product Safety Commission.

Researchers behind the report said that after they had already received several of the toys, eBay emailed to warn them that the toys had been recalled and not to use them. Four other sellers canceled the purchases before the items shipped.