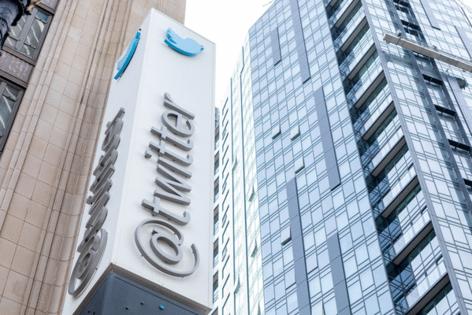 As people frantically refreshed their work and personal accounts to learn their fate, new owner Elon Musk sought to defend his decision to terminate thousands of jobs. He said the company had experienced a “massive drop in revenue” due to a flight of advertisers from the social network.

It was an eventful week for Twitter. Since his takeover last week, Musk has assembled a transition team of close confidants to help identify deep cost cuts and quick ways to jump-start revenue. The workforce reductions are expected to affect 3,700 jobs — about half of the company. Some outgoing staff said they will be paid at least two months of severance. Musk is also looking for places to cut within Twitter’s technical infrastructure.

At the same time, remaining employees are racing to develop new tools that can be sold to users. The most urgent is a revised subscription program that will, among other perks, let anyone get a blue badge with a check mark next to their name on the site if they pay $8 a month. Currently, the check marks are free, used as a designation for verified accounts of celebrities, politicians, journalists and other public figures to distinguish them from impostors.

Musk’s acquisition of Twitter saddled the money-losing business with a large pile of debt, and the billionaire has said they “need to pay the bills.” The hastily arranged blue-check program, which could be released as soon as next week, was met with ire from popular users on Twitter. Musk and his transition team have responded derisively. “Your feedback is appreciated, now pay $8,” Musk wrote in response to US Representative Alexandria Ocasio-Cortez, who criticized the idea of making people pay in the name of “free speech.”

Twitter faces urgent matters besides cost-cutting and increasing cash flow. A major US election is on Tuesday, and Twitter employees said they were without access to essential tools for monitoring and removing political misinformation in the days following Musk’s takeover. Musk promised civil rights leaders he would restore content moderation tools that had been blocked for some staff by the end of this week.

Before Twitter began the mass terminations, employees preemptively filed a class-action lawsuit Thursday. They claimed the company was moving too quickly to dismiss without warning, in violation of federal and California law. When details of the layoffs were communicated Friday, the attorney leading the class-action suit, prominent labor lawyer Shannon Liss-Riordan, said she was pleased that Musk “is making an effort to comply with the WARN Act” by paying severance.

Laws aside, Musk is looking to correct what he sees as a coddled workforce. He eliminated the company’s “days of rest” policy, which had been introduced as a mental-health measure during the Covid-19 pandemic. The response to these moves from many employees in the UK was to join trade unions, an effort to better protect their employment rights ahead of the mass job cuts, said Mike Clancy, general secretary of the union Prospect. “Twitter is treating its people appallingly,” he said.

Many workers turned to company Slack channels and public Twitter posts to say goodbye. They used blue heart and salute emojis to thank their colleagues. But they lacked official information about their next steps. At least two pregnant staffers who were laid off had no information about their medical benefits going forward, according to people familiar with the matter. Even the employees who survived the cuts were reeling from the way the process occurred.

Some advertisers are wary of associating their brands with Twitter during a time of tumult. Audi, Pfizer Inc. and General Mills Inc. said they will temporarily pause spending on Twitter while they wait to see how it evolves under Musk’s leadership.

On top of that, Musk is politically divisive, frequently promoting right-wing voices and sparring with the left. On Thursday night and early Friday morning, he was engaging on Twitter with someone who posted a meme making fun of Ocasio-Cortez and endorsed a message from the author Tom Fitton saying conservative speech is suppressed.