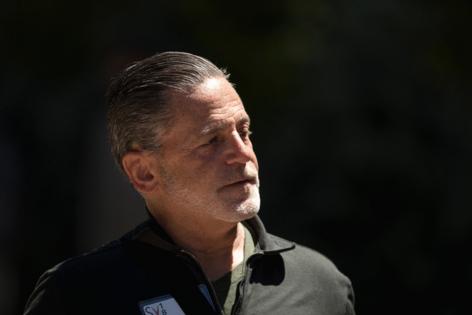 Angelo Vitale, Rocket's general counsel and secretary, retired effective Monday. Julie Booth, chief financial officer and treasurer for the Detroit-based parent company of Rocket Mortgage, will retire effective Nov. 15, according to a news release. Booth and Vitale both will remain with the company in advisory roles.

Brian Brown, who joined the company in 2014 and currently serves as Rocket's chief accounting officer, will take over Booth's role upon her departure. Prior to joining Rocket, Brown consulted with publicly-traded financial services companies over an eight-year career at EY.

Booth, a 19-year veteran of Rocket Mortgage, has served as chief financial officer since 2005.

"During her time as CFO, Julie has been a tremendous leader in our organization, helping guide our company through significant growth and expansion, culminating with our (initial public offering) in 2020," Jay Farner, Rocket's vice chairman and CEO, said in a statement.

"Even more impressive is the tremendous team Julie has built and the deep care that she has shown for everyone in our company, including Brian, who has already proven himself to be an incredible financial mind who will help lead us well into the future."

Vitale's retirement caps a more than 25-year career at Rocket. He previously served as CEO of Rocket Central and as Rocket Mortgage's executive vice president, general counsel and corporate secretary.

In a statement, Farner called Vitale "an absolute pillar of this company" and said his "wise counsel and passion for our business is legendary."

"Whether it was sharing his expertise or stepping up to take on a new role, he has always been willing to do whatever it takes to make the business successful," Farner added.

Tina V. John — who previously served as Rocket's deputy general counsel and assistant secretary — will assume Vitale's role. John joined the company in 2020. Prior to that, she led the corporate governance and securities practice at Abercrombie & Fitch, according to LinkedIn.

In a statement, Farner said John was "the obvious choice to fill Angelo's big shoes."

Billionaire businessman Dan Gilbert founded the mortgage business, then called Rock Financial, in 1985. Rocket Mortgage is the nation's largest mortgage lender. The business has since expanded into a portfolio of companies that span solar energy and personal finance, among other holdings.

Rocket Cos. went public via IPO in August 2020. It currently has a market capitalization of nearly $13 billion.