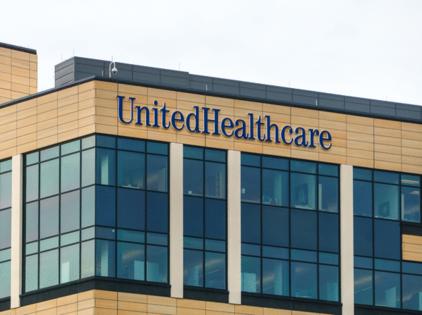 "The combination will connect and simplify the core clinical, administrative and payment processes health care providers and payers depend on to serve patients," the company said in a statement on Monday. "Increasing efficiency and reducing friction will benefit the entire health system, resulting in lower costs and a better experience for all stakeholders."

In February, the Justice Department filed a lawsuit alleging the merger could potentially harm millions of Americans by lowering the quality of health insurance while also making coverage more costly.

But last month a judge in the U.S. District Court for Washington D.C. ruled the government failed to show during a two-week trial in August that the acquisition would substantially diminish competition.

The Justice Department asserted that by controlling the clearinghouse, UnitedHealth would have access to rival health insurers' competitively sensitive information and could use it for its own benefit while blocking innovations for competitors. But Judge Carl Nichols determined the government didn't make its case.

UnitedHealth Group runs UnitedHealthcare, which is the nation's largest health insurer, while its Optum business has sold services to other health insurers for decades — a "multi-payer" strategy the judge highlighted in his ruling.

"The court finds that United will have strong legal, reputational and financial incentives to protect rival payers' [competitively sensitive information] after the proposed merger," Nichols wrote. "The evidence established that the government's claim fails to account for all of United's post-merger incentives, including its incentives to preserve its multi-payer business model."

The judge also found that "the government provided zero real-world evidence that rival payers are likely to reduce innovation."

Nichols denied the Justice Department's request to block the merger while ordering the completion of a previously-announced divestiture of Change Healthcare's business in claims editing systems. The technology lets health insurers process, in real time, millions of claims to make sure they are eligible for payment according to the terms negotiated by health plans.

In its statement Monday, UnitedHealth Group said the combined businesses "share a vision for achieving a simpler, more intelligent and adaptive health system for patients, payers and care providers."