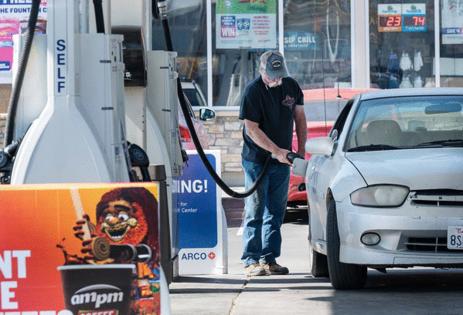 WASHINGTON — California gasoline prices are soaring again — up more than a dollar over the last month — and the latest big congressional idea for relief involves creating an emergency oil supply that Washington would tap when prices soar.

It’s called the Economic Petroleum Reserve. Experts, however, aren’t enthusiastic, and the plan is unlikely to ease prices anytime soon.

“I’m not sure this really helps the problem,” said Sanjay Varshney, professor of finance at California State University, Sacramento.

Its key provision would have the federal Energy Department sell oil from the new Economic Petroleum Reserve when prices are high. It would have up to 350 million barrels of oil. The government could buy oil at prices below $60 a barrel and could then sell it when prices were higher than $90 per barrel. Crude oil is now trading at roughly $80 a barrel.

Can Congress act on prices?

The thinking is that by releasing this oil when pump prices are high, pump prices will drop somewhat. But the bill faces significant hurdles.

The US Federal Trade Commission is probing several crypto firms over allegations their advertisements were deceptive or misleading, the agency said Monday.

“We are investigating several firms for possible misconduct ...Read More