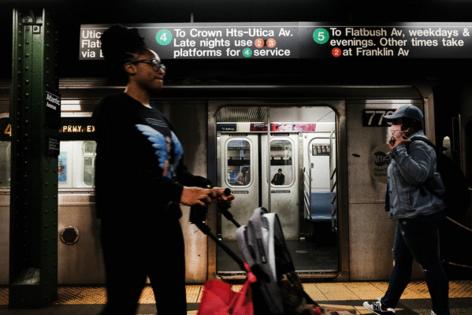 “Let’s cancel the economy,” he responded.

Iced coffees in hand, Grozdov and his friend were on an early morning stroll through Central Park. They had just finished taking a 6 a.m. SoulCycle class when she opened up to him about how much the hottest rental market in decades was costing her, a side effect of the devastating coronavirus pandemic.

He’d later convert conversations like these into a series of TikToks detailing how Generation Z feels about the possibility of living through another recession. The videos clearly resonated, capturing a combined six million impressions, 600,000 likes, 3,400 comments and another 37,000 shares as of mid-September. “Another Great Depression? Try me, I’m already depressed,” he joked in one of his most popular videos.

They’re all jokes, but he isn’t kidding.

“I feel a little frustrated and sad about everything,” says Grozdov, 25, also a resident of New York City. “First, the pandemic — we were so young, so full of life and the world was our oyster. And then now what, an economic recession? We’ve already lost two years from 2020. We are not here for this.”

“From the Great Recession that may have caused financial stress for their parents to the chaos in health, safety and stability that occurred with the pandemic, these formative events have fundamentally impacted the way Gen Z views the world,” says Megan Gerhardt, professor of leadership and management at the Farmer School of Business at Miami University who specializes in studying generational differences.