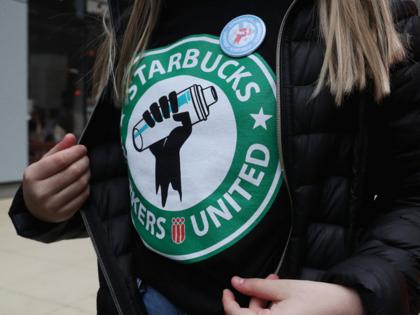 Labor advocates have been feeling their oats lately, what with a surge of successful union organizing drives at Starbucks stores, the hint of union interest at Amazon warehouses, higher minimum wage standards in cities and states across the country, and a nudge up of average wages across the board.

These trends have inspired some to proclaim the advent of a new era of worker power.

"The labor market is experiencing a Great Upgrade," the progressive Roosevelt Institute declared in February.

"We're in a moment where, politically, workers are ascendant," David Madland of the Center for American Progress, a liberal think tank, told the investment publication Barron's in May. (The article's headline read: "How Workers Gained an Edge — and Why They Won't Lose It Soon.")

Unfortunately, this sort of confidence can be a drug that invites dangerous overdoses. That's the view of economist Teresa Ghilarducci of the New School.

Ghilarducci recently compiled a roster of economic indicators suggesting that workers haven't gained as much leverage as a superficial examination might suggest. Even the advances thus far, such as they are, still leave miles to travel before the American working class recovers all the economic standing it has lost since the 1970s.

"A lot of the talk about labor having power is based on organizing efforts at Starbucks and Amazon," Ghilarducci told me. Of 11 economic indicators she examined, she says, "most indicators show either declining labor power or give mixed signals."

Ghilarducci is not aiming to be a killjoy just for the hell of it. The condition of the labor market is critically important because the Federal Reserve Board is convinced that the tight labor market is an important factor driving inflation higher. Consequently, its inflation-fighting approach involves kneecapping worker bargaining power.

Fed Chairman Jerome H. Powell has explicitly stated that unemployment must rise for inflation to come down. "The labor market has remained extremely tight," Powell said at his Sept. 21 news conference following the Fed's monthly decision to raise interest rates by three-quarters of a percent for the third time in a row.

As evidence for the tight labor market, Powell cited "the unemployment rate near a 50-year low, job vacancies near historical highs, and wage growth elevated ... with demand for workers substantially exceeding the supply of available workers." He concluded, with evident regret, "So far, there's only modest evidence that the labor market is cooling off."