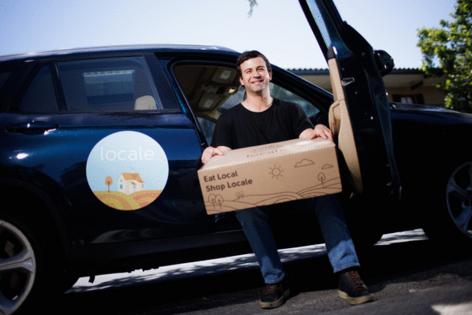 The drivers, aged 16 and 17, made deliveries for Locale between July 2020 and July 2021, U.S. Department of Labor officials said Wednesday.

“Performing time-sensitive deliveries has the potential for an inexperienced driver to get into a car accident and hurt either themselves or somebody else,” said Martin Otero, an Oakland-based community-outreach specialist for the department.

Children aged 16 are banned under U.S. child-labor law from driving for jobs, and 17-year-olds cannot perform time-sensitive deliveries. Such work is considered especially hazardous by federal regulators, along with operating compactors and baling machines or working with explosives, Otero said.

Locale delivers food from more than 100 restaurants and producers of specialty items across California, most of them from the Bay Area, including the five-location Oren’s Hummus and Santa Clara’s Din Tai Fung.

Asked Wednesday about the underaged drivers, Locale provided a statement from company co-founder Chris Clark. “When we first started during the pandemic, we were entirely bootstrapped and still working other full-time jobs, while doing our best to keep up with the growth of Locale,” Clark said. “Our friends, family, and other members of our community jumped in to help fulfill orders.”

Otero said Locale had agreed to stop using underaged drivers. The department does not typically disclose the reasons investigations are undertaken, but probes can result from complaints or because “there are certain industries that we look at just because there’s a high potential for violations and a low potential for complaints,” Otero said.

Backed by venture capital, including a $14 million funding round led by Menlo Park VC giant Andreessen Horowitz in May, the startup launched in 2020 and has expanded its shipping from the Bay Area to nation-wide, for a $5 delivery fee. Locale has pledged to pay drivers 150% of what they would make at food-delivery rival DoorDash. Current job listings on its website tout minimum pay of $25 per hour.

Labor Department investigators also found that Locale’s underaged drivers were misclassified as independent contractors rather than employees. “Locale deprived these workers of their rights, including minimum wage and overtime protections, and other benefits,” the department said in a news release Wednesday.

The department’s Otero said he was not aware of other food-delivery companies using underaged drivers. The department said that since 2015, it has seen increasing violations of child-labor laws, with nearly 3,000 minors illegally employed across the U.S. in 2021, and resulting in fines against employers of $3.4 million.

As Atlanta-based Delta staffed back up for a recovery in air travel, the airline said...Read More

If it weren’t for the assistance of their parents, Disney World worker Amethyst Bennett said she and her husband, a Universal employee, would be unable to afford formula and diapers for their 9-month-old daughter despite...Read More