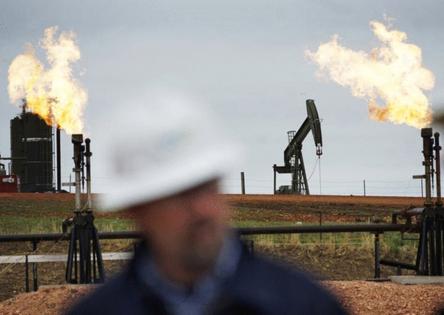 I’ve rarely felt more trepidation about writing a column than this one. But here goes: After more than a century of almost continual growth, the world’s appetite for oil is peaking, and will soon enter terminal decline.

That’s hard to write, because those who’ve called a top in oil have a forecasting record on a par with film producer Harry Warner’s skepticism that people in the 1920s wanted to see talking pictures.

As far back as 1919, the chief geologist of the U.S. Geological Survey wrote that domestic output — then running at about 960,000 barrels a day, about 6% of levels nowadays — would start falling within two to five years. In the 2000s, a dearth of oilfield discoveries led to febrile worries that supplies were running out, before the shale revolution prompted a surprise jump in production. BP Plc in 2020 predicted that consumption of liquid hydrocarbons would at best plateau for 15 years around the 97.9 million barrels a day mark it hit in 2019, before revising its forecast to a peak between the middle of this decade and 2030.

Through all that, oil demand has continued to grow as the indispensable energy carrier fueling rising global incomes and development. Still, the reserves of stamina that crude has called on to maintain its upward trajectory are finally giving out — and U.S. Federal Reserve Chairman Jerome Powell may have just delivered the coup de grace.

Consider what is happening in financial markets right now. Equities have been plummeting and bond yields surging after the Fed passed its third consecutive 75-basis-point rise in interest rates, and Powell signaled his willingness to send the U.S. economy into a recession to bring inflation back to target. A soaring greenback has pushed the British pound to record lows, while the yen and euro slumped to their lowest levels in two decades or more. One analyst this week argued there’s now a 98% chance of a global recession.

Then consider just how close to peak oil we already are. Every forecaster has a different estimate for this number, but the median of 12 who see a future date is for a maximum level of about 103.2 million barrels of liquid fuels a day — something most see occurring some time between the mid-2020s and the mid-2030s. In contrast to a history where consumption grew by more than a million daily barrels per year, that’s a modest enough rise that debates about the precise timing of the peak are almost academic. Still, the median target is only a sliver above levels of about 101.6 million daily barrels which both the International Energy Agency and U.S. Energy Information Administration expect to see by the end of this year.

Now think about what a global recession would do to that outlook. Oil consumption fell by more than 2% from peak to trough after the 1973 oil crisis and the 2008 financial meltdown, with output taking three years to recover to its former level. The drop was closer to 10% during the COVID-19 pandemic and in 1980, when the aftermath of the second oil crunch and the Iran-Iraq war collided with the monetary squeeze Powell’s predecessor Paul Volcker inflicted to wipe out the inflation of the previous decade. In each case, consumption didn’t just suffer a temporary blip — the direction of oil demand was permanently set back.

A global recession on the scale that equity and bond markets are now pricing in could easily push liquid fuel consumption back below 100 million barrels until the middle of the decade. That starts bringing things close to the point where most forecasters see long-run shifts in demographics, economic growth and technology sending oil into terminal decline. Crude itself accounts for only around 80 million daily barrels of total liquids demand, with most of the remainder coming from products derived from gas, plant matter and coal.

The state of gasoline is a foretaste of what is to come. Demand for the fuel, which uses more than a quarter of the world’s crude, has already peaked. Part of that is about electric cars — BloombergNEF estimates that they’re already subtracting about 1.7 million daily barrels from global consumption. Still, much of it is just that plain old internal combustion engines are sipping less gas. New U.S. cars now travel nearly twice as far per gallon as they did at the start of the Obama administration, with light trucks and SUVs increasing efficiency by a more modest 59%.

As older, less efficient cars are phased out of the fleet, the entropy of the scrapyard is reducing gasoline demand as rapidly as the innovation of the electric vehicle manufacturer. It’s no accident that major refiners such as Reliance Industries Ltd. are already looking beyond road transport, and reconfiguring their plants to produce aviation fuel and petrochemicals instead.

That’s not enough for those who paint a rosy future for oil demand to point to historic correlations with economic growth and argue that the pattern will repeat once again. Away from forecasters’ spreadsheets, OPEC spare capacity is already wafer-thin, and upstream investment is running at not much more than half its level last time crude prices were in the vicinity of $100 a barrel. The oil industry responsible for supplying additional barrels isn’t spending the money to ensure they’ll turn up — and if that doesn’t happen, consumption has no prospect of growing.

Ultimately, it will be central banks that will read crude its last rites. Faced by inflation caused in part by our stubborn failure to produce enough cheap energy to fuel the recovery from COVID-19, they’ve put the global economy on a bed of Procrustes — cutting economic demand until it’s feeble enough to sit within the constraints of current supply.

That makes current levels of oil production look like some sort of hard cap. Since it emerged as our most crucial commodity more than a century ago, oil has always lived on GDP growth. With the Fed planning to push the world economy into a slump to cure the inflation epidemic, we’re about to see it die by the same hand.