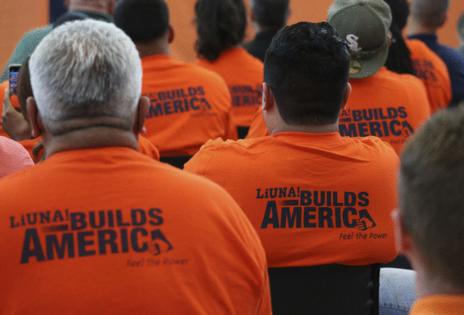 Atop ballots throughout Illinois this fall, voters will be asked whether Illinois should enshrine into the state constitution the right of workers to unionize and collectively bargain, a proposal backed by organized labor to preempt future right-to-work laws but opposed by anti-union groups that contend it will raise taxes and grant unions unprecedented power.

Known as the “Workers’ Rights Amendment” by supporters and “Amendment 1” by opponents, the proposal up for voter ratification that would give workers a “fundamental right” to organize is an outgrowth of former single-term Republican Gov. Bruce Rauner’s unsuccessful attempts years ago to curb union power that led to an unprecedented two-year state budget stalemate.

And while supporters and opponents don’t agree on much, they do agree that if it is ratified, the proposed amendment could chart a new direction for organized labor not only in Illinois, but nationwide.

“It’s possible that if unions win here, it will become the future of the labor movement,” said Mailee Smith, labor policy director at the conservative Illinois Policy Institute, which opposes the amendment.

“This would be the strongest constitutional protection in a state constitution in the country,” said Marc Poulos, the “Vote Yes for Workers’ Rights” campaign committee’s counsel and executive director of the Indiana, Illinois, Iowa Foundation for Fair Contracting.

The battle is the latest proxy fight between Republicans and Democrats over efforts to change the Illinois Constitution and has already generated significant fundraising, especially by labor.

The “Vote Yes” campaign committee has raised over $13 million, much of it from building trade unions, while the “Vote No on Amendment 1″ committee founded by Illinois Policy Institute leaders has raised $1 million, all from conservative megadonor and businessman Richard Uihlein. The CEO of packing and shipping firm Uline has already spent more than $40 million this year on political campaigns in Illinois and is backing Republican Darren Bailey for governor.

While the dollars raised are notable, it pales in comparison to the more than $124 million raised two years ago by groups for and against a proposed change to the Illinois Constitution that would have switched the state from a flat-rate income tax to a graduated-rate system. That amendment proposal, backed by Democratic Gov. J.B. Pritzker, failed.

The current proposed amendment goes further than laws in New York, Missouri and Hawaii, three states that have constitutional amendments granting workers the right to organize and collectively bargain.

The proposed Illinois amendment would guarantee not only the right to organize for the most common elements of collective bargaining, like wages, hours and working conditions, but also for “economic welfare and safety at work.”