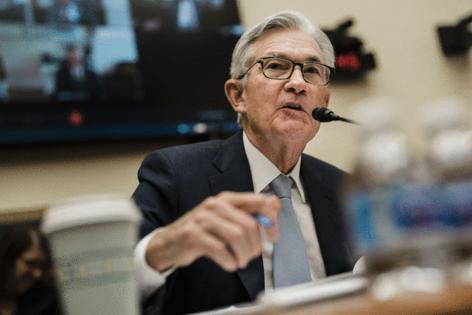 We have a term for the intentional infliction of pain on others: cruelty. So what are we to make of the Federal Reserve Board?

The Fed, in statements associated with its campaign to bring down inflation, has referred to the challenge of bringing about a "soft landing" — that is, reducing inflation without significantly slowing the economy or even provoking a recession.

Asked at his press conference Wednesday about the consequences of the Fed's efforts at "restoring price stability," Fed Chairman Jerome Powell replied that "no one knows whether this process will lead to a recession or if so, how significant that recession would be."

Powell's comments came directly after the Fed board voted to increase interest rates by a historically high three-quarters of a percentage point, its third such monthly increase in a row.

Few would disagree that bringing the inflation rate down from its current annual rate of more than 8% is imperative.

As Powell observed, the question is how to do so without imposing the pain of the process on those least able to shoulder it — job holders, especially those with lower-income jobs who might be the first to be fired in a recession.

What may be more pertinent to the current economic situation is whether the Fed's rate increases thus far this year have already achieved a good part of its goal. The answer to that is: We don't know.

That's why a growing chorus of economic experts is saying that the danger of the Fed's policy is no longer that it won't move aggressively enough to cool price increases, but that it is moving too aggressively.

Their argument is that the Fed, like other central banks that have followed its lead in raising rates, has not given its prior rate increases time to take effect.

The truth is that inflation already has cooled significantly on a month-to-month basis. The consumer price index in July did not rise at all from its level in June. In August, overall prices rose a mere 0.1% from July. Curiously, economic commentators interpreted the August figure, which was announced Sept. 13, as a "hot" increase.