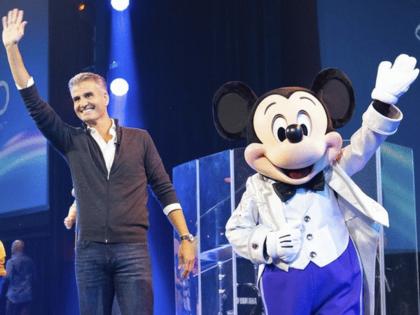 Sometime in the next decade, Disney World visitors could venture into Maleficent’s castle or sit down for a meal in the village of Santa Cecilia from Pixar’s 2017 film “Coco” — but Disney could also scrap plans long before the first guest sets foot inside.

In an unusual move for the company, Disney executives pitched early-concept, or “blue sky,” prospective additions to Disney World’s Magic Kingdom and Animal Kingdom theme parks during the D23 fan expo in California earlier this month.

Some fans praised the proposals to add Disney Villains and the settings from the “Coco” and “Encanto” movies to the Magic Kingdom but wondered how they would fit near the Western-themed Frontierland.

The presentation rippled through theme park social media as enthusiasts discussed Disney’s plans to introduce more content tied to its TV and movie franchises in the parks, sometimes replacing original attractions in its path. One idea to replace Animal Kingdom’s DinoLand U.S.A. area with “Zootopia” or “Moana” had some theme park originalists fretting.

Industry analysts reached by the Orlando Sentinel said the presentation seemed out-of-character for a company that carefully choreographs what it releases about projects and when and how it delivers that news.

“This was the sort of concept stuff that typically is kept in-house for much longer and further refined before it is ever walked out,” said Jim Hill, a theme park historian and writer who runs Jim Hill Media and co-hosts the Disney Dish podcast.

Disney did it perhaps to stoke fan engagement or to acknowledge competition with Universal Orlando, they said. They questioned when, or if, the projects could make it into Disney World but said they align with the company’s growing efforts to bring more TV and movie content into its theme parks.

Josh D’Amaro, chairman of Disney Parks, Experiences and Products, said the concepts were “way early in the creative process” but more than just daydreams.

“They are very real. They are very serious discussions that I’m having with our teams about the future of our parks and experiences,” D’Amaro said, before presenting the ideas with Imagineering and Walt Disney Animation Studios executives.

Disney spokeswoman Andrea Finger said Disney has announced projects early before, such as the Disneyland Forward plan to update and expand the California theme park. The company released a vague, early outline for the project in March 2021 along with an initial rendering, the LA Times reported.

For financial nerds, the Big Three are not LeBron James, Dwayne Wade and Chris Bosh of the NBA’s Miami Heat circa 2012. The Big Three of inflation are not nearly as flashy, but they are the stars dominating the field.

As California prepared for what would be a record-setting heat wave this month, so too did workers at an Amazon air freight hub in San Bernardino.

They distributed among a dozen colleagues handheld thermometers to ...Read More

The Federal Reserve is inching toward acknowledging how painful its inflation fight is likely to be, but it’s still a lot closer to the optimists than the pessimists.