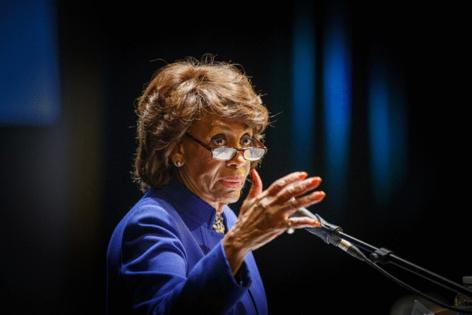 Federal bank regulators' efforts to modernize the 45-year-old law known as the Community Reinvestment Act to reflect the rise of digital banking are raising accusations of partisanship, a claim that those digging into the details say is likely unfounded.

The Federal Reserve, Office of the Comptroller of the Currency, and Federal Deposit Insurance Corporation are reviewing comments on a proposal this year to update the CRA rules for the first time in nearly 30 years. And just like a previous attempt under Republican President Donald Trump, this one is drawing complaints about a partisan process.

Some financial industry watchers say the divide is likely to unfairly cloud the rule-making.

Some experts say the disagreements don't appear rooted in the agencies' plan to update the rules to reflect the technology-driven transformation of the industry as mobile, online and branchless banking expands. Such innovation allows banks to do business beyond the boundaries of the communities where they are physically located.

Sanford M. Brown, a former OCC official who's now a partner in Dallas with the law firm Alston & Bird LLP, where he is co-chair of the financial services and products practice group, said the partisan reactions demonstrate “one of the things that are wrong in Washington these days.”

Brown said the OCC’s proposal “was floated from an agency with a single head who was appointed by a Republican president; therefore, it was automatically ‘bad’ in the opinion of the Democrats.” Similarly, the proposal under review “since the banking agencies are now run by people who were appointed by a Democratic President, the Republicans in Congress automatically assume the proposal is ‘bad,'" he said.

The CRA is a 1977 law aimed at ensuring that banks provide credit to the communities in which they do business, including to low- and moderate-income neighborhoods. The law seeks to address lending discrimination known as "redlining" against low- to middle-income families and minority neighborhoods.

Boeing told nonunion corporate staff in an all-hands virtual meeting this month that it will begin outsourcing finance and accounting jobs to Tata Consultancy Services of India.

Q: What became of emergency brakes on cars? Can the parking brake be used in an emergency?

CHICAGO — Mayor Lori Lightfoot fired back Wednesday at McDonald’s CEO Chris Kempczinski after he raised concerns about crime in Chicago, and she defended the city’s economic outlook.

TALLAHASSEE, Fla. — Florida-based Trulieve, one of the nation’s largest medical marijuana companies, has kickstarted a campaign to legalize recreational marijuana for adults in the Sunshine State.

The company has ...Read More

World leaders renewed a call for climate action and a transition from fossil fuels as they convened at the 14th annual Climate Week in New York City.

Many attendees doubled down in particular on the need for global ...Read More