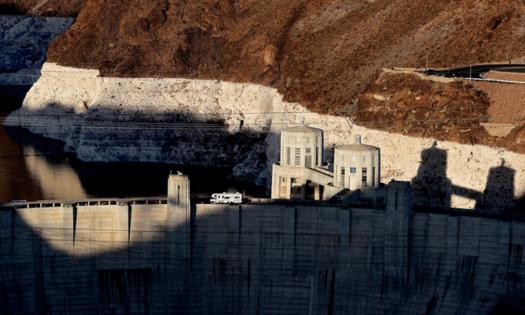 It's the 100th anniversary of the Colorado River Compact, a seven-state agreement that was signed Nov. 24, 1922.

That evening, in the Ben Hur Room of Santa Fe's Palace of the Governors, using the lapboard on which Gen. Lew Wallace had written his biblical epic 40 years earlier while serving as New Mexico's territorial governor, representatives of six of the seven states of the Colorado River Basin applied their signatures to the compact with a gold pen.

The compact — essentially an interstate treaty — set the rules for apportioning the waters of the river. It was a crucial step in construction of Hoover Dam, which could not have been built without the states' assent.

The compact stands as a landmark in the development of Los Angeles, San Diego, Denver, Phoenix and other Western metropolises. But it is also a symbol of the folly of unwarranted expectations.

That's because the compact was built on a lie about the capacity of the Colorado River to serve the interests of the Western states — a lie that Westerners will be grappling with for decades to come.

The crisis of water supply from the Colorado is vividly represented by the so-called bathtub ring around Lake Mead, the vast reservoir behind Hoover Dam, showing how far below normal the water level has fallen.

As my colleague Ian James has reported, federal projections show that the risk is growing that both Lake Mead and Lake Powell, the reservoir behind Glen Canyon Dam, are approaching "dead pool" levels, below which water would no longer pass downstream through the dams.

The prospect has led to pressure from the federal government on water agencies in California and the six other basin states to drastically cut back on water use. So far, however, no agreements on cutbacks have emerged.

The ultimate danger is that Lake Mead reaches the "dead pool" stage. At the end of last month, Lake Mead was at 1,044.28 feet of surface elevation above sea level. That's about 100 feet below its level in August 2003 and about 180 feet below its record elevation of 1,225 feet, reached in July 1983. When the level falls to 950 feet, the lake can no longer generate hydroelectricity. At 895 feet, the dam can't release water downstream.