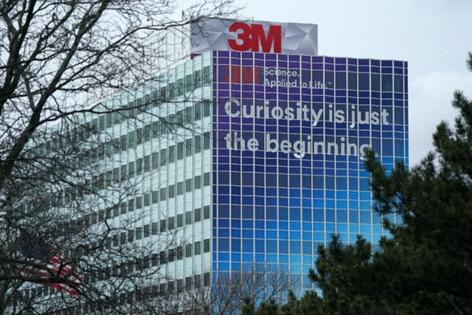 Is the bankruptcy filing of a small 3M subsidiary — Aearo Technologies — a legitimate move to shield itself from crippling liabilities for allegedly defective military earplugs?

Or is it a sham that would allow 3M itself to greatly limit billions of dollars in liabilities without the messy business of declaring bankruptcy itself?

That's a key question before Jeffrey Graham, a U.S. Bankruptcy Court judge in Indianapolis. His decision will have huge ramifications on how 230,000 earplug lawsuits against 3M will play out — and how much the company will eventually pay out.

"I don't know where I am going right now," Graham said Wednesday at the conclusion of three days of hearings. "There are a lot of things to consider."

While Graham was listening to lawyers argue this week, the U.S. District Court judge presiding over the massive earplug litigation in Florida issued an order that could complicate 3M's bankruptcy court gambit.

Pensacola-based Judge Casey Rodgers ruled Tuesday that 3M could not relitigate in bankruptcy court issues that had been settled in her court. Rodgers has threatened 3M with contempt of court if the company violates her order.

3M moved to escape the jurisdiction of Rodgers' court, saying the process there was "broken" — when it put its Indianapolis-based Aearo subsidiary into Chapter 11 bankruptcy protection in late July.

Chapter 11 allows troubled companies to reorganize their finances while shielded from creditors' claims — and, most important in this case, from ongoing litigation. Aearo Technologies is named as a defendant in the avalanche of earplug cases along with 3M.

Aearo is trying to persuade Graham to extend the litigation freeze to 3M itself, thus allowing 3M to resolve the earplug cases through bankruptcy proceedings. Such a strategy would likely lower 3M's costs in settling the 230,000 cases while avoiding thousands of jury trials in federal court.

Graham will likely rule on the matter next week. If he says the litigation freeze can't be extended to 3M, the Maplewood, Minnesota-based company would still need to see through the Florida cases.