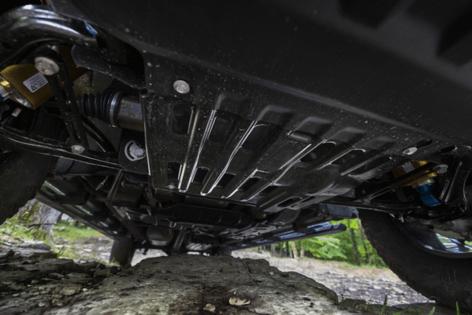 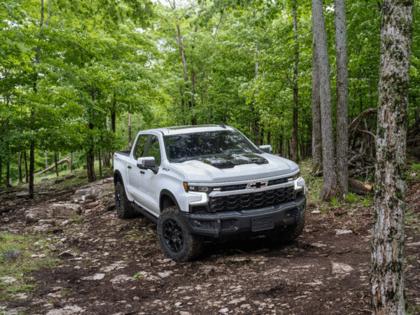 Learning from little brother Chevy Colorado, the full-size Silverado pickup is gaining yet another rugged off-road trim: the ZR2 Bison that's been popular on the midsize pickup since its 2019 model year introduction. Topping the Silverado Trail Boss and ZR2 off-road models, Bison takes the unique suspension, tires and style of the ZR2 — then straps on battle armor.

In other Silverado news for the 2023 model year, the pickup's 3.0-liter, inline-6 cylinder turbo-diesel Duramax engine — though not available in the ZR2 or Bison — gets a 10% increase in grunt to 305 horsepower, with torque increasing 7.6% to 495 pound-feet.

The midsize Colorado also pioneered the ZR2 off-road package that Silverado adopted in 2022. While the Silverado ZR2 did not reach for the super-truck heights of the Ford F-150 Raptor R and Ram 1500 TRX with a special engine, it made significant off-road upgrades like spool-valve Multimatic dampers and front/rear locking differentials to offer a broad bandwidth of low-speed canyon crawling and higher-speed trail runs. Silverado Bison starts with the ZR2 model's 420-horse, 6.2-liter V-8 engine and off-road tools like Terrain Mode, which allows one-pedal driving.

The Bison elevates the ZR2 for the serious overlander. It also elevates the price to $78,490 (including destination fee) when the vehicle goes into production in early 2023.

The pickup adds another item to Silverado's menu to feed the market's insatiable appetite for trucks — a market the Detroit Three dominate. As manufacturers face an uncertain future of building electric vehicles, trucks like the ZR2 Bison add needed profit margin.

"Our most recent collaboration with AEV resulted in the much-acclaimed Colorado ZR2 Bison. We're thrilled to team up again to bring customers Chevrolet's next chapter of off-road dominance, this time on Silverado," said Chevy VP Scott Bell.